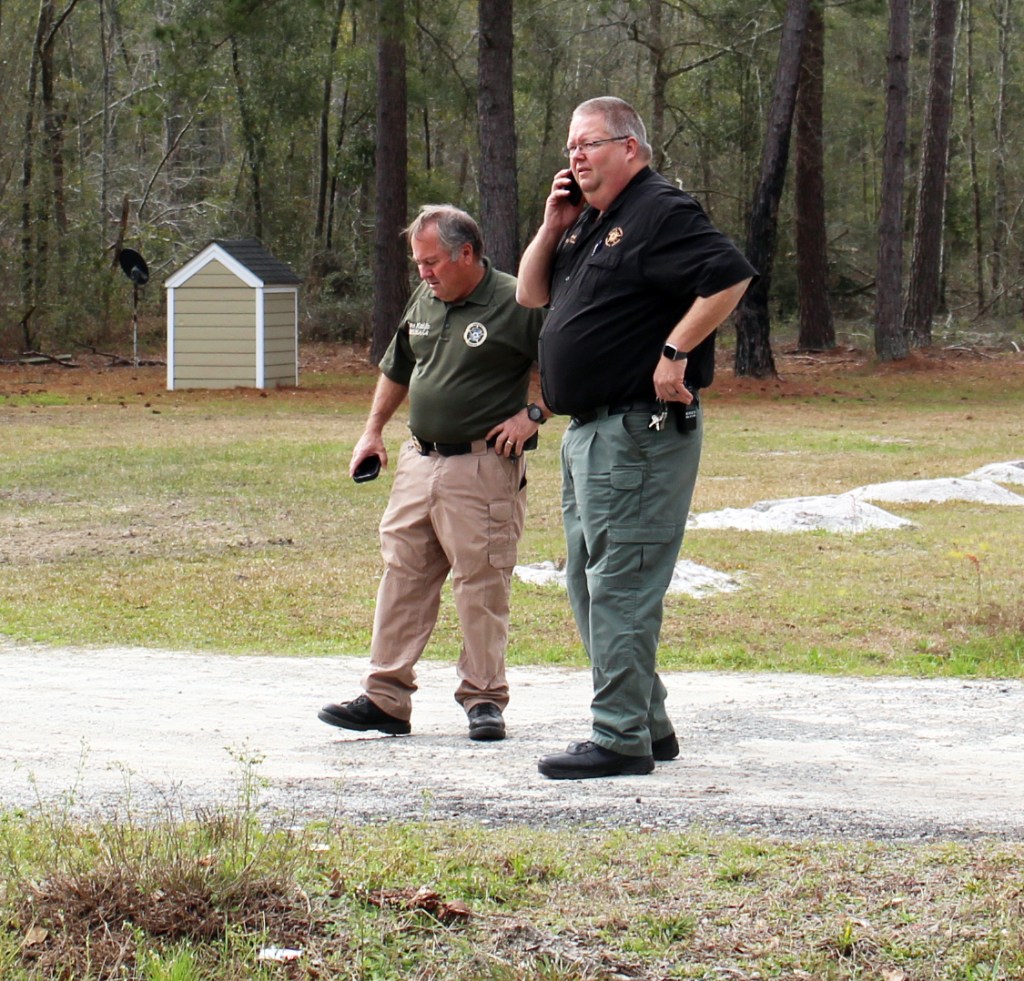 Wilcox County Sheriff Robert Rodgers (right) consults with investigators by phone while on the scene at a Wilcox County residence being secured Monday by the Georgia Bureau of Investigations's Bomb Disposal Unit. Also pictured is WCSO Captain Steve Mauldin.

Experts with the Georgia Bureau of Investigations’ Bomb Disposal Unit are securing a Wilcox County residence after a weekend investigation by Wilcox Sheriff Robert Rodgers led to the discovery of homemade pipe bombs believed to be the homeowner’s handiwork.

It began with a domestic violence call on Friday morning, according to Rodgers. As Rodgers delved into the case he learned the accused, Jonathan Cook, a 38-year-old Rochelle man, may be making explosives at his home at 3676 Hwy. 112 S. near the Turner County line.

Rodgers was able to arrest Cook Saturday afternoon in Houston County with the aid of the Houston County Sheriff’s Office’s SWAT and Warrants units. Cook is charged with aggravated assault, making terroristic threats, and possession of explosive devices.

GBI bomb disposal technicians recovered multiple pipe bombs around Cook’s property Monday morning, but Rodgers said the area is safe. The sheriff said he has consulted with the district attorney’s office and more charges are expected to be filed as the investigation unfolds.