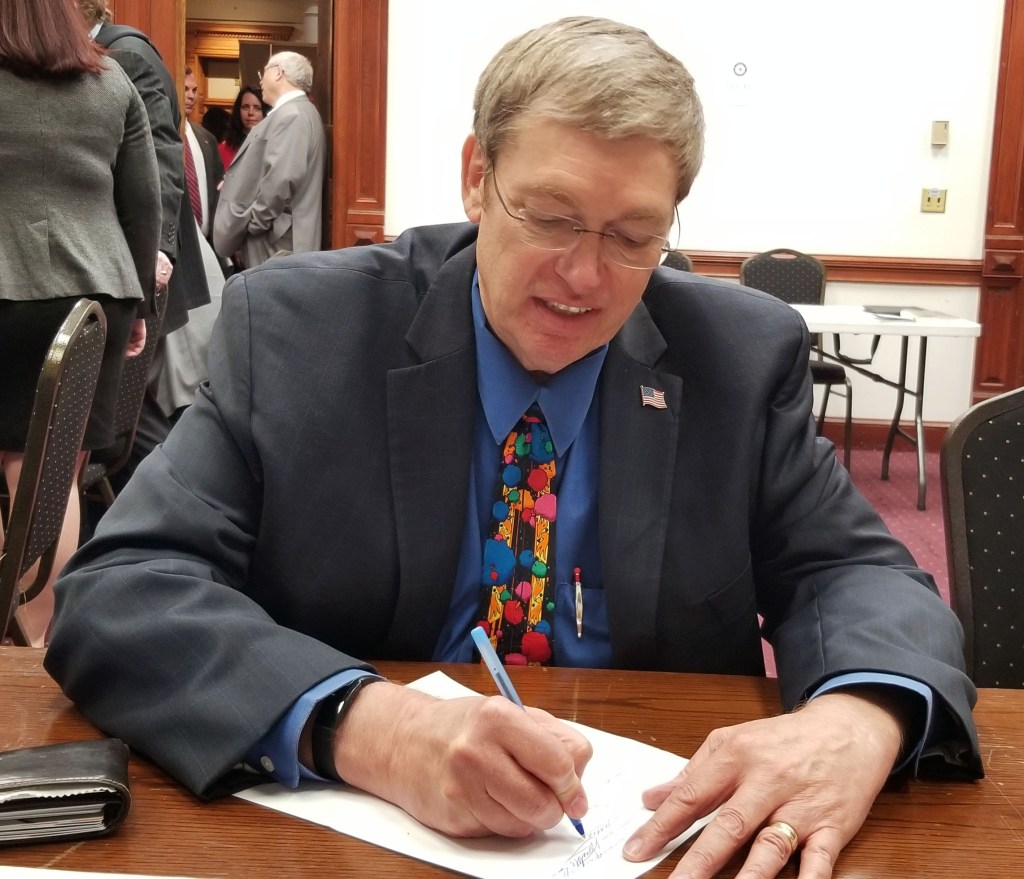 Cordele resident Don Cole made his run for Georgia’s 2nd District U.S. House seat, occupied since 1993 by Sanford Bishop, D-Columbus, official on Monday by filling out qualifying paperwork at the state Capitol. Cole, formerly a speechwriter for U.S. Agriculture Secretary Sonny Purdue, is a longtime minister and conservative critic.

A Cordele resident with strong conservative credentials, including a stint as speechwriter for U.S. Agriculture Secretary Sonny Perdue, has thrown his hat into the ring for Georgia’s 2nd Congressional seat, held by longtime incumbent Sanford Bishop, D-Columbus.

Don Cole, who has, along with wife Leslie, called Cordele home since 2005, qualified to run as a Republican for the seat on Monday.

Cole said he believes the time is right for Georgians in the 2nd Congressional District, which spans much of southwest Georgia, to look toward shared values when it comes to politics.

“I’m running to serve everybody in this district, and I’m running because our values are deeper than the color of our skin,” Cole said Tuesday. “I am tired of this message of divisiveness, of fear, and of bitterness, when southwest Georgia is a wonderful place to live. We help feed the world here. We have people here who want to live the American dream.”

And Cole said he is confident that conservative Republican values, as guided by President Donald Trump, are the best way to ensure the American dream continues.

“We have a track record of the last three years of creating jobs and improving the economy,” Cole said. “Look at Cordele four years ago and look at it today. There are new businesses here and growth that I don’t think you would have seen otherwise.”

Cole also credits the residents of the 2nd Congressional District for weathering economic storms of the past.

“I believe in the people who live here,” he said. “They want to invest in their families and in their communities. They really care about the things that can make our hometowns better, and so do I.”

That comes back to shared values, Cole said, adding that it’s something he will never take for granted.

“Your vote belongs to you. It doesn’t belong to a candidate or to a party, and I’m going to get out to ask sincerely for as many people’s votes as possible,” Cole said.

Learn more about Cole and his campaign for Congress online at www.cole4congress.com.

[Editor’s note: Readers should note that Cole, who posts political commentary on www.doncole.com, has occasionally contributed articles and letters to the Cordele Dispatch in the past. Most recently he wrote the Nov. 30, 2019 article headlined, “106 Thanksgivings…Local centenarian shares holiday memories with Dispatch contributor.”]