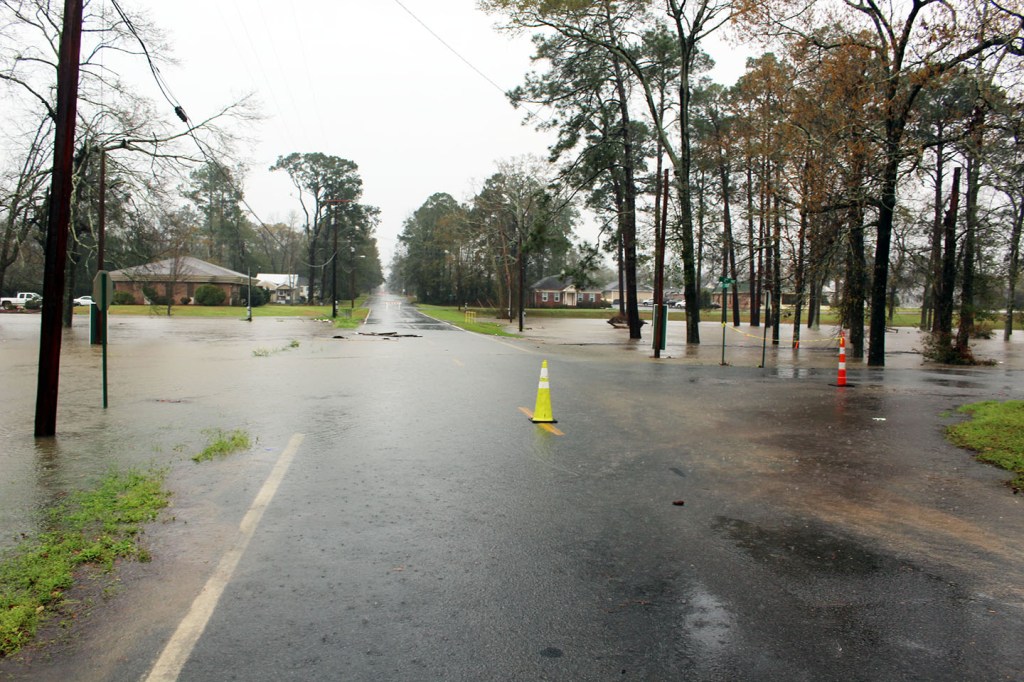 Water moving over 3rd St. near the intersection with 2nd Ave. has strewn debris on the roadway near Watermelon Park. Public safety officials are urging motorists to use caution as heavy rains have led to roadways that are covered with water.

More than two inches of rain have fallen so far Wednesday in Crisp County, with reports of more than three inches falling in some areas of Wilcox County, and local public safety officials are urging motorists to drive slowly and cautiously as moving water will be covering many area roadways.

Some intersections and sections of roadways in Cordele are temporarily barricaded while rainwaters subside and drain away, but this may take time, and the National Weather Service has issued a flash flood warning through Thursday afternoon for Crisp, Dooly, Wilcox, and many other neighboring counties. In the meantime, officials urge drivers to be safe and avoid areas where you see water crossing over the roadway. 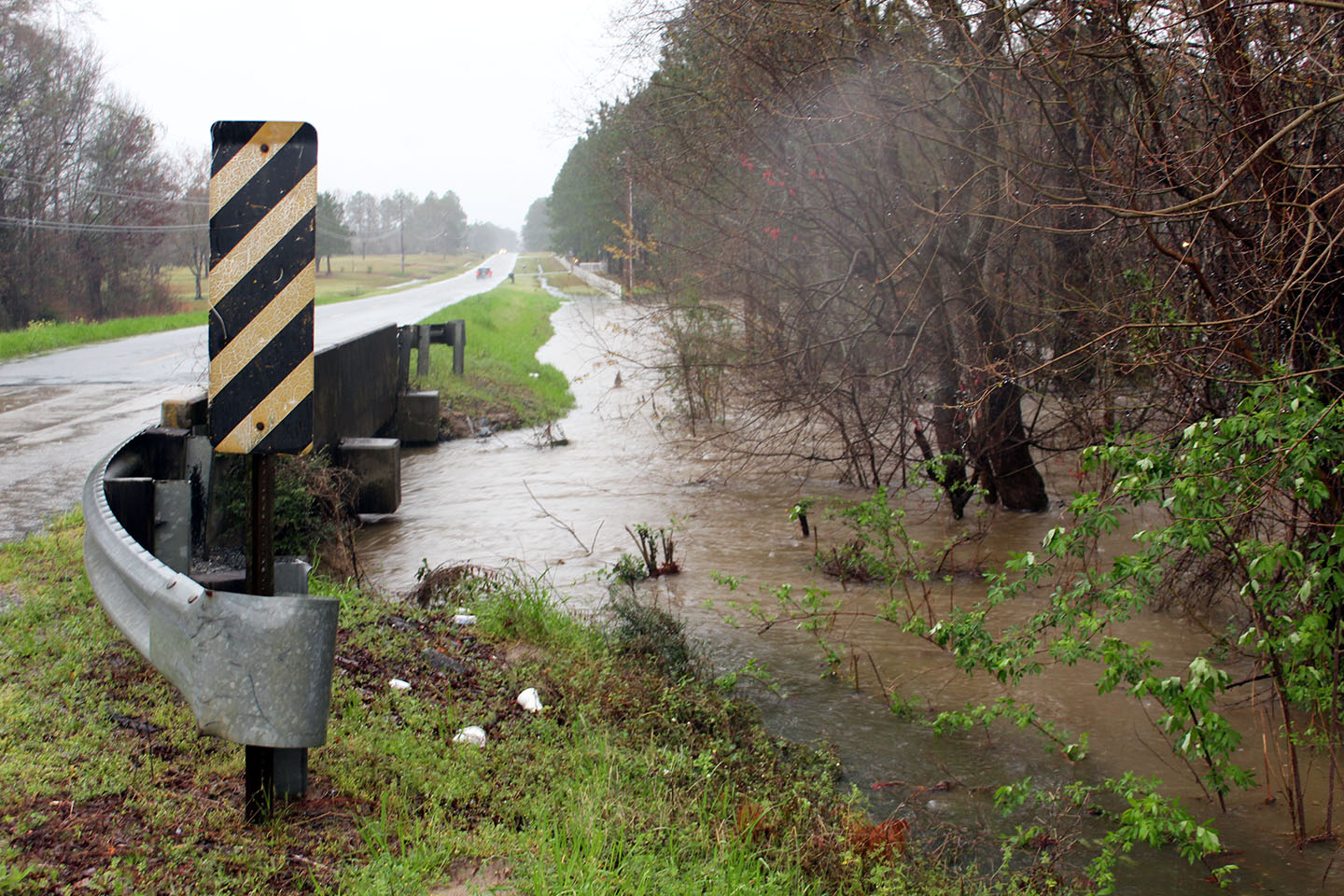 Cedar Creek rushes under Royal Road near the entrance to Timberland subdivision.

Roadways in the vicinity of Watermelon Park are suffering the brunt of today’s heavy rains, with water crossing over the roadways are creating hazardous conditions. 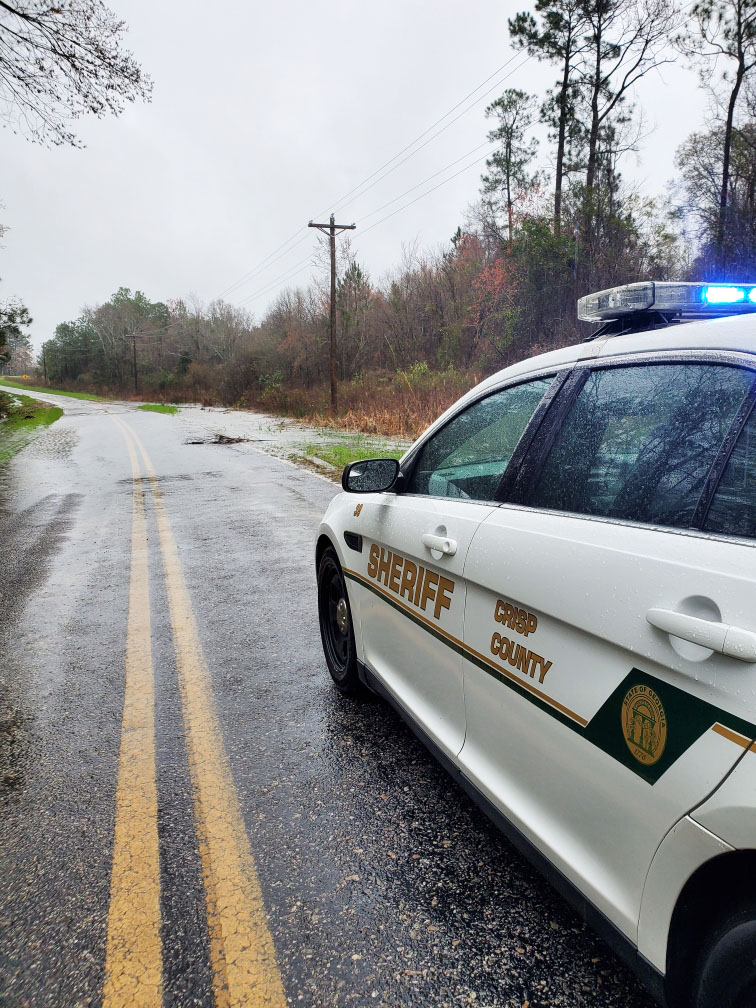 Drivers who encounter roadways covered in rainwater to this degree should turn around and use another route.