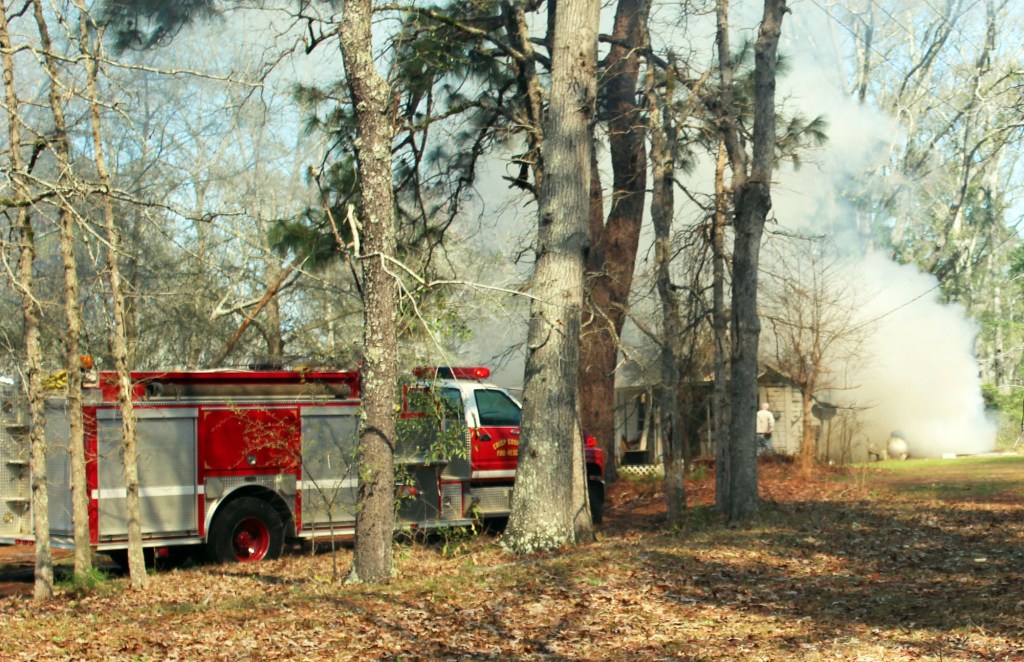 Smoke billows from a burning house located just north of Davids Lane at Hwy. 257 as firefighters with Crisp Fire Rescue douse the structure with water. First responders answered an emergency call about a "fully engulfed" house fire at approximately 10:30 Friday morning. No injuries have been reported.

UPDATE – 11:50 A.M.: The fire has been extinguished, according to radio traffic between responding firefighters and dispatchers.

Firefighters with Crisp Fire Rescue have almost completely extinguished a house fire just north of David Lane on Hwy. 257 near the Dooly County line. First responders answered the call shortly after 10:30 a.m. Friday. No injuries were reported on scene. This is a developing news story; we will provide updates as they become available.