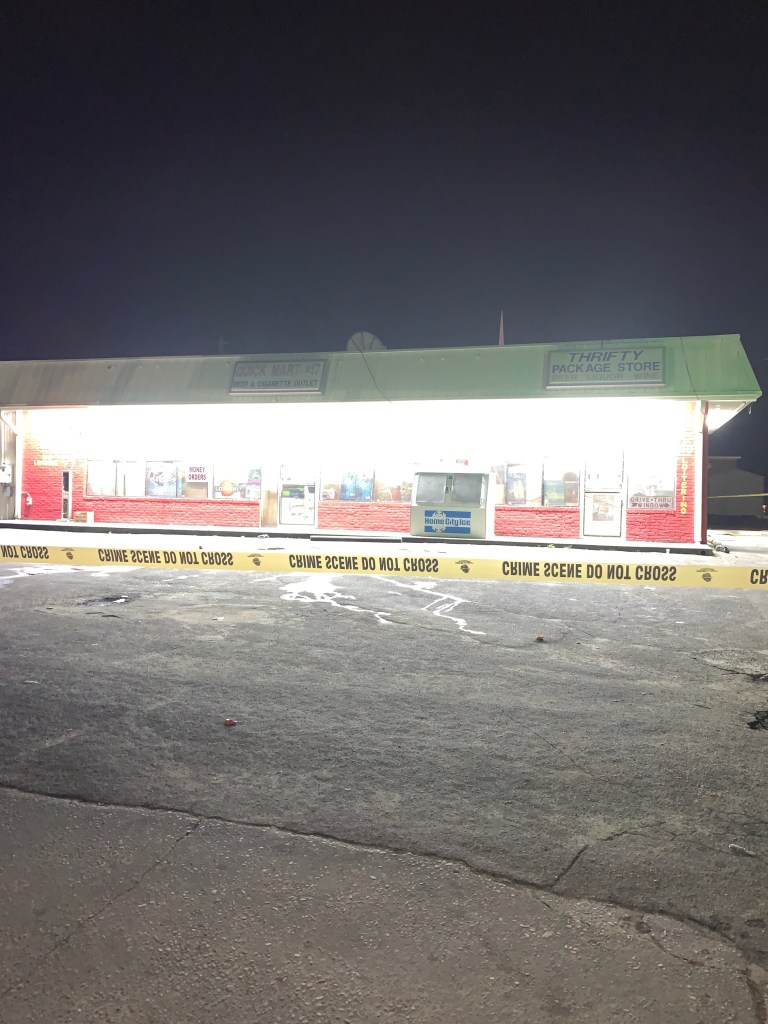 Crime scene tape surrounds the Quick Mart on 16th Ave. after a shooting occurred there Tuesday at approximately 9:45 p.m.

Terrance Gaines, the 22-year-old Cordele man who suffered gunshot wounds at an incident on Tuesday night at Quick Mart at 501 W. 16th Avenue has died from his injury, according to officials with the Cordele Police Department.

Authorities have identified and arrested a suspect in the case, 36-year-old Stantavious Dawson of Cordele. Dawson has arrest warrants for the following charges: murder, aggravated assault, armed robbery, and possession of a firearm or knife during commission of or attempt to commit certain crimes, according to a CPD press release.

A CPD spokesperson said the investigation revealed that Dawson allegedly shot Gaines in the store’s parking lot and took items from Gaines’ person after shooting.

The Cordele Police Department worked alongside the Georgia Bureau of Investigation’s Region 3 office in Americus, the Crisp County Sheriff’s Office and the Georgia Department of Natural Resources, who all helped in solving this case, the CPD release states.

“We are saddened by this unnecessary loss of life and want to thank those that helped in the investigation which led us to the quick discovery of the identification of the suspect and his apprehension,” said Cordele Police Chief Lewis Green.

Anyone with additional information pertaining to this incident, please contact the Georgia Bureau of Investigation at 229.931-2439 or the Cordele Police Department at 229.276.2921.