Police arrest 3 in connection to shooting that left teen hurt 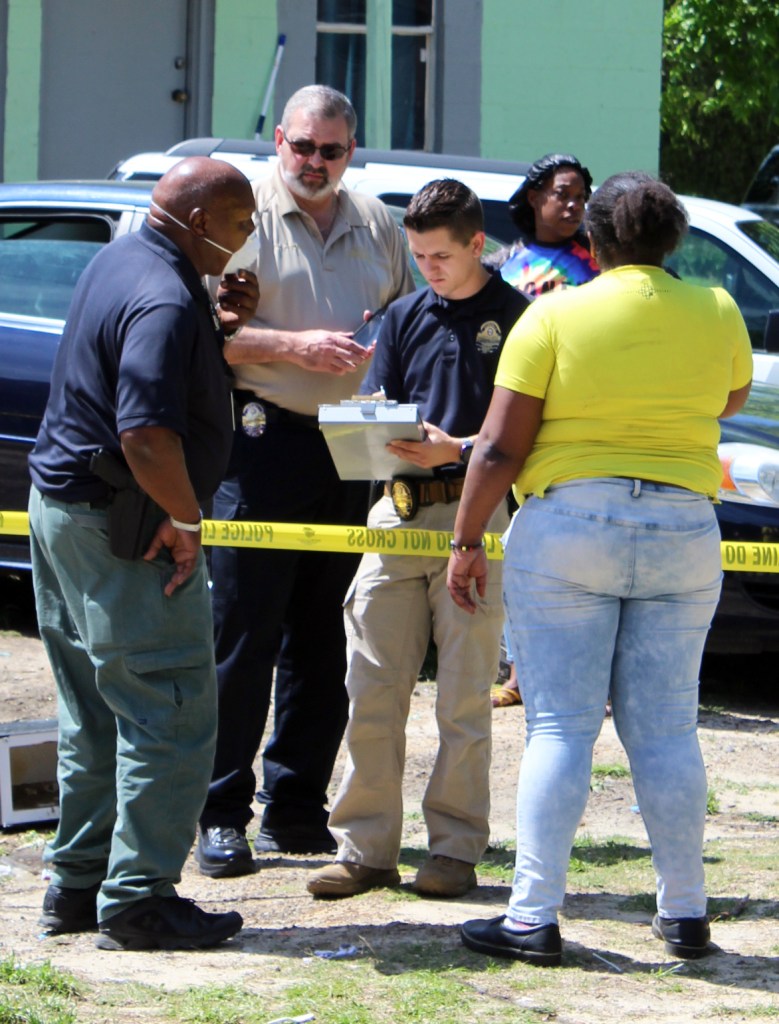 Cordele Police Chief Lewis Green (left) and two officers interview witnesses at the scene of a shooting at the 300 block of W. 14th Ave. Tuesday at around 3 p.m.

Cordele Police have arrested three people in connection with a shooting incident on Tuesday that sent a 13-year-old Cordele boy to Crisp Regional Hospital.

The boy is in stable condition, however. He was shot during an incident at the 300 block of W. 14th Ave. at around 2:45 p.m. Tuesday. A police spokesperson said the shooting stemmed from a dispute that started the previous night.

The second shooting happened at around 4:09 p.m. Tuesday at the 600 block of W. 23rd Ave. and left 26-year-old male Terribe Smith injured. Smith was in stable condition at Navicent Macon Medical Center, according to a police press release issued Wednesday.

According to the release, “due to conflicting information, no suspect information is being released.” The release stressed that community cooperation is crucial for investigators to wrap up both shooting cases. If you have information regarding either incident, contact the Cordele Police Department at 229-276-2921.