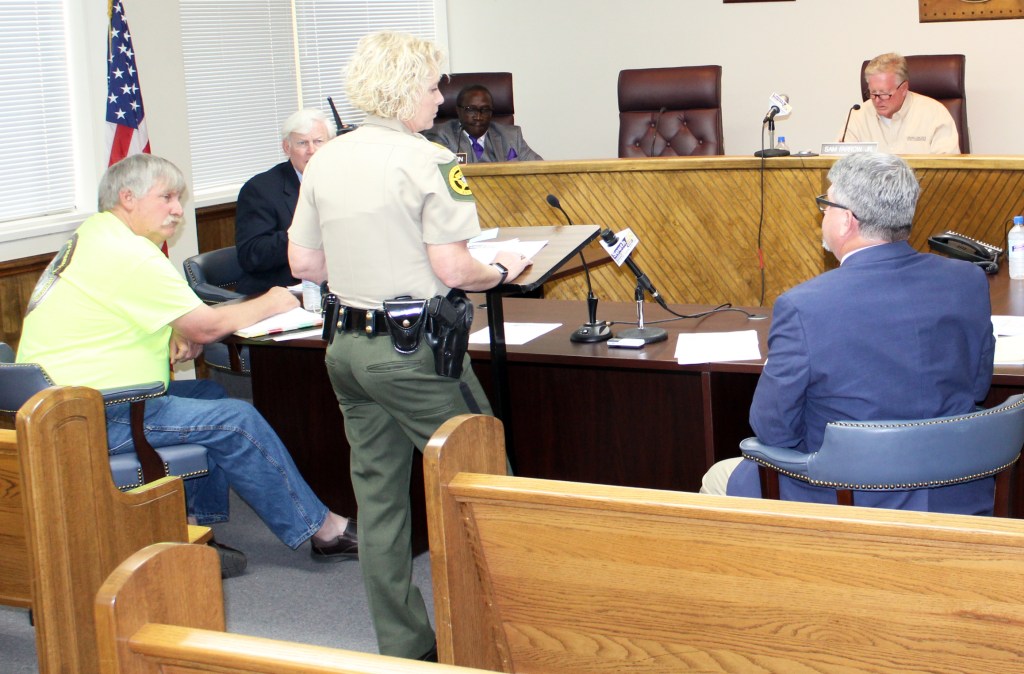 Members of the Crisp County Board of Commissioners and executive staff are working to prepare a balanced FY2021 annual budget, but the worldwide economic slowdown caused by the COVID-19 pandemic is making it awfully tough to get the numbers right.

“We have a preliminary budget available for inspection at the commission office,” County Administrator Clark Harrell told commissioners, “but we’re still $1.4 million out of balance. We have a lot of work left to do.”

“This is probably going to be one of the toughest budgets we’ve ever worked on,” Commission Vice Chair James Nance said.

The biggest challenge to overcome is the dramatic drop in Local Option Sales Tax revenue. County Finance Director Sherrie Leverett reported that March collections are down 11.4 percent from this period a year ago.

“And the state is anticipating April revenues to be down by 14 percent, so there are a lot more questions than answers right now,” Leverett said.

The Commission’s budget committee met after the conclusion of the regular meeting. The committee plans to have a draft budget ready for a June 9 public hearing and adoption in late June.

In other Commission business: