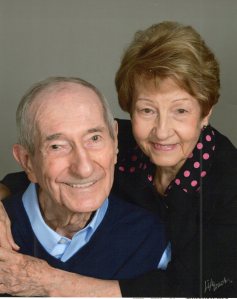 Dr. Titshaw was a native of Pitts, GA, but spent his childhood summers living and playing along the shores of the Atlantic Ocean and the Great Lakes, due to his dad’s career as a dredge boat captain. He graduated from Pitts High School and entered the U.S. Army during the Korean Conflict, where he served in Army Intelligence, intercepting and decoding enemy messages.

Dr. Titshaw spent the majority of his career working for various organizations within the federal government, eventually retiring as a Senior Human Resource Manager from the Centers of Disease Control (CDC) in Atlanta, where he recruited scientists from around the world for various research projects.

After retirement, he taught undergraduate and graduate level courses in entrepreneurship and management at Brenau University, Toccoa Falls College and Holmes Bible College, where his students loved his storytelling lecture style. He also worked with the University of Georgia Small Business Development Center assisting small business owners to succeed, and authored a book entitled, Building a Firm Foundation for Business Success.

He served on the President’s Advisory Committee at Lee University in Cleveland, TN, and as Vice President of Planning at Holmes Bible College in Greenville, SC, during their expansion and construction of a new campus.

He was a member of Walhalla Church of God and dedicated his life to the help and service of others, including working with a missionary group building a church in Mexico.

He loved swimming in the ocean, raw oysters on-the-half-shell, playing a tune on the tenor saxophone, listening to the music of Glen Miller and Tommy Dorsey, a good joke, Saturday afternoons with Georgia football…but most of all, he loved his family and his Lord and Savior Jesus Christ.

Services will be held Thursday, July 9, at 1 p.m. at Walhalla Church of God in Walhalla, SC.

Condolences may be sent to the family by visiting www.davenportfuneralhome.com.

Davenport Funeral Home is in cahrge of arrangements.