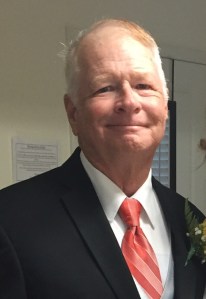 Max was a member of Warwick United Methodist Church, a veteran of the U.S. Air Force, a 25 year retired veteran of the Air Force Reserves, and a retired aircraft mechanic for Robins AFB.  He was a member of the Warwick Lions Club.  Max enjoyed working in his yard, spending time with his cats, fishing and trips to the Warwick Power Dam.  He was the son of the late Janice Lee Hall Odom and Max Henry Odom, Sr., and was preceded in death by his Fiancé, Sheri Lee St. Louis.

Mr. Odom will lie-in-state at Stokes-Southerland Funeral Home in Eastman from 11:00AM until 5:00PM, Wednesday, August 5 .  In lieu of flowers contributions can be made to the American Diabetes Association, diabetes.org/donate.

Stokes-Southerland Funeral Home  of Eastman has charge of  arrangements.