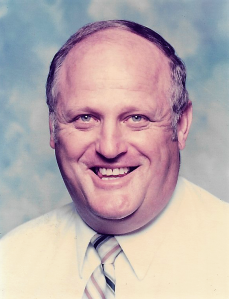 Born September 23, 1936, in Tifton, Georgia, he was a son of the late Emmett and Hortense Vaughan Walker. He was raised in Cordele but spent the majority of his life in Fitzgerald. He was a retired Sergeant from the United States National Guard with 24 years of service. He had worked as a Georgia State Patrol from 1960-1968 and then was the Area Supervisor and Parole Officer for the State Board of Pardons and Paroles from 1968 to 1992. In 2017, he moved to Pierce County to be near his son and family.
He was a member of First Baptist Church of Cordele.
In addition to his parents, he was preceded in death by his wife, Margaret Stokes Walker; his daughter, Shirley Ann Walker; a son, Bobby Ray Walker, Jr.; a sister, Joyce Duke; a sister-in-law, Melinda Walker; and a brother-in-law, Mickey Wright.
Survivors include his son and daughter-in-law, Mike and Shannon Walker of Blackshear; 3 grandchildren, Blake (Ericka) Walker of Blackshear, Michaela Walker of Blackshear, Matthew Ray Walker of Sycamore, GA; 3 brothers, Emmett Walker (wife Rosalin) of Cordele, Emory Walker (wife Leanne) of Tifton, and Jim Walker of Fitzgerald; a sister, Wanda Wright of Cordele; and several nieces, nephews, and other relatives.
A graveside funeral service will take place Monday afternoon (8/3/20) at 1 p.m. at Oak City Cemetery, 420 Cemetery St, Bainbridge, GA 39817.
Sympathy may be expressed by signing online at www.hartfh.com.
Hart Funeral Home of Blackshear is in charge of arrangements.
You Might Like