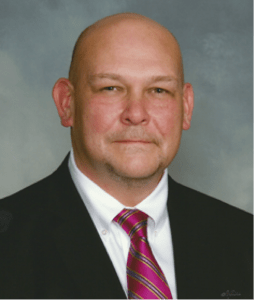 CORDELE — Due to the COVID pandemic, a private family graveside service for James Edward Beach will be at 4 p.m., Wednesday, Dec. 2, 2020 at Zion Hope Cemetery on Antioch Church Road. Edward, age 57, passed away Tuesday, Dec. 1, 2020 at Crisp Regional Hospital.

Edward was born in Columbus, Ga. to the late James Delmer and Clara Louise Mathis Beach. He is survived by several cousins.

Memorial contributions may be made to the Downtown Business Organization, PO Box 5739, Cordele, GA 31015.

In July, 2012, the City Commission named him Interim City Manager and named him to the position of City Manager in August, 2013. Edward currently serves as a member of the Cordele Downtown Development Authority and the Southwest Georgia Excursion Train Authority.  He is a member of the Board of Trustees for the Crisp County Community Council.  He is Secretary/Treasurer for the Cordele Office Building Authority.