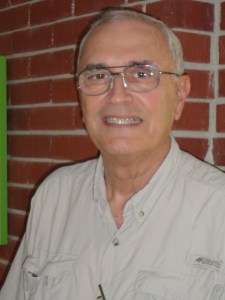 Dr. Daniel H. Bailey, 77, recently of Valdosta, and formerly of Cordele, passed away on Tuesday, March 16, 2021.  Born in Kisumu, Kenya on November 12, 1943, he was a son of missionary parents, the late Reverend Homer Bradley Bailey, and Vivian Opal Lewis Bailey.  The family moved to Michigan while Dan was a young child. He graduated high school in Ionia, Michigan and received his undergraduate degree from NW State University of Louisiana in Natchitoches, Louisiana. He met the former Linda Cruise in New Orleans while at LSU and they married in 1967. In 1970 he graduated from medical school from Louisiana State University. He went on to the University of Nebraska in Omaha for his internship and residency.   Dr. Bailey was drafted into the US Army in the middle of his residency. He returned to Omaha to complete his residency in February of 1977.  He began his medical practice in Denton, Texas, and set up a midwifery clinic to serve low income and indigent women.  He also supervised students at Parkland Hospital in Dallas, Texas.

A decade later, the Baileys’ moved to Cairo, Georgia to establish a practice there and then moved to Cordele in 1993. Dr. Bailey retired in 2018 after more than 40 years in the medical field.  He was very devoted to his family and to serving others.  He approached life in a very lighthearted way. He enjoyed the outdoors, working in his yard and garden, growing beautiful plants. He also enjoyed hunting and skeet shooting. He was gifted with a wonderful singing voice that he used for years in the choirs where he attended church and as a soloist at First Baptist Church of Cordele. While in Texas, he was a horseman that drove buggies with Morgan horses. He loved to travel, and participated in medical missions, in which he included his grandchildren.  He attended Northside Baptist Church while living in Valdosta.

Funeral services will be held on Saturday, March 20, 2021, at 2:00 p.m. in the chapel of the Carson McLane Funeral Home.   Dr. John Smith will officiate.  The family will receive friends at the funeral home from 1:00 to 2:00 p.m. prior to the service.  The memorial service will be streamed on Saturday and may be found on the Tribute Wall page with his obituary at www.mclanecares.com. Condolences may also be conveyed on the obituary page. Carson McLane Funeral Home