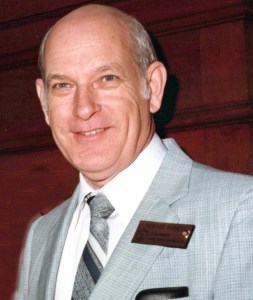 Funeral services for Howard Hendrix Rainey, 93 of Cordele will be held at 4:00 p.m. Thursday, May 13, 2021 at Third Street Baptist Church with burial following in Sunnyside Cemetery. The family will receive friends prior to the service Thursday at the church beginning at 2:00 p.m. Howard passed away peacefully at his home Tuesday, May 11, 2021. He was born in Crisp County, the son of the late Dallas Rainey and Essie Mae Lewis Rainey. He was a 1945 graduate of Cordele High School and attended Georgia Southwestern College where he studied Journalism. For several years after college, he was a sports columnist covering local high school events for the Cordele Dispatch. He served honorably in the Georgia National Guard from 1947 – 1949. He married the love of his life in November of 1949 and they had two children, Marsha Lynn in 1952 and Mark in 1956. Throughout his life, Howard had many business interests, including Howard Rainey Accounting, Furniture Liquidators, Cordele Tire Company and Howard Rainey Real Estate. In 1961 he was elected to the Georgia House of Representatives and served for 28 years under six governors: S. Ernest Vandiver, Carl Sanders, Lester Maddox, Jimmy Carter, George Busbee and Joe Frank Harris.  While in the House, he served with distinction on several committees. He was named in 1967 by then Speaker George L. Smith to be Chairman of the House Game, Fish and Parks Committee, a position he held until 1989. He was a member of the House Policy Committee during the tenure of Speaker Thomas B. Murphy and other committees included Ways and Means, State Institutions and Properties and Industry. Howard was the Georgia Legislative Delegate  on the Atlantic States Marines Fisheries Commission. At the time he resigned he was fourth in seniority in the 190 member House. Locally he served for many years as Chairman of the Cordele Downtown Development Authority and also on the City of Cordele Mainstreet Committee and Cordele Historical Committee. He was a member of the Crisp County Sportsmans Club, served as president of the Cordele Little League in 1964 and a long-time member of the Cordele Lions Club. Howard was an active member of Third Street Baptist Church where he served on the Board of Deacons. He was an avid Georgia Tech football fan and enjoyed watching NASCAR. Howard is survived by his wife of 71 years, Mildred Edge Rainey of Cordele; two children and their spouses, Marsha Lynn and Thomas Murray of Arnoldsville and Mark and Jeanean Gardner Rainey of Cordele; two granddaughters and their husbands, Heather Rainey Turner and Matthew Turner and Amanda Rainey Sweitzer and Jeffrey Sweitzer; five great-grandchildren, Jackson Turner, Bryson Turner, Cason Turner, Rainey Sweitzer and Samuel Sweitzer; and numerous nieces and nephews. Arrangements are by Rainey Family Funeral Services. An online guest register is available at www.raineyfuneral.com