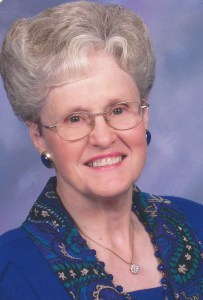 Mary LaVerne Hartley Hendricks, age 86, peacefully passed away June 25, 2021, under the care of Ogeechee Area Hospice. She moved to Bulloch County in 2018 with her husband after serving faithfully by his side in the ministry as a wonderful pastor’s wife. LaVerne was born July 8, 1934, in west Crisp County, Cordele, Georgia, and lived on a farm most of her life. She graduated from West Crisp School as a star basketball player. She could sink the ball from the free throw line over and over again. She met her husband, Stanley R. Hendricks, while a senior in high school, one Sunday morning at church. Her pastor was married to Stanley’s sister, and he had come to visit from California. They were engaged while she was still in high school and married on May 25, 1952. This May they celebrated 69 years of marriage with a dinner at the Canoochee Catfish House, and they had a marriage of devotion to one another and God. They served churches across Georgia and one in California during their 69 years of marriage, always serving faithfully as a husband /wife team.

LaVerne became a Christian at the early age of seven and was baptized sometime later due to her fear of water. For many years, she taught Sunday School classes of children, youth, and adults. She was the director of the Woman’s Missionary Union in several churches as well as the Associational WMU Director for Bowen Baptist Association for several years in southwest Georgia.

She was well known for her peanut brittle, her chocolate pound cake, and many other delicious treats. She loved to cook for her family and especially for her husband, on whom she doted and pampered until she could no longer care for him, about 10 years ago. She enjoyed traveling with him to Gatlinburg for many years where they owned a time share.

Since moving to Statesboro, LaVerne was a member of FBC Statesboro and the Open Door Sunday School class.

The family would like to express heartfelt appreciation to the staff of Regency Care Hospice, as well as to the following caregivers: Tammie Harden, Gloria Pope, LPN; Betty Palmer, Andrea Webb, and Lutethia Byrd. Additionally, the family expresses deep gratitude and appreciation for the excellent care provided by Ogeechee Area Hospice.

There will be a Memorial Service on Friday, July 2, 2021, at 2:00 pm in the Chapel at the Joiner-Anderson Funeral Home, with Dr. John Waters officiating, with visitation one hour prior. There will be a graveside service on Saturday, July 3, 2021, at 11:00 am at the Zion Hope Cemetery (Arabi), near the Antioch Baptist Church in Crisp County, Georgia. Honorary Pallbearers will be the Open Door Sunday School Class of First Baptist Church, Statesboro. Joiner-Anderson Funeral Home is in charge of the arrangements. In lieu of flowers, memorial gifts can made to First Baptist Church Statesboro or Ogeechee Area Hospice.