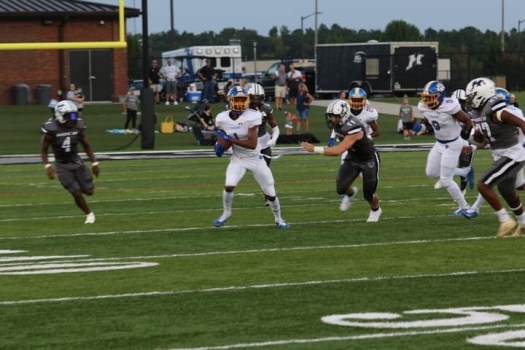 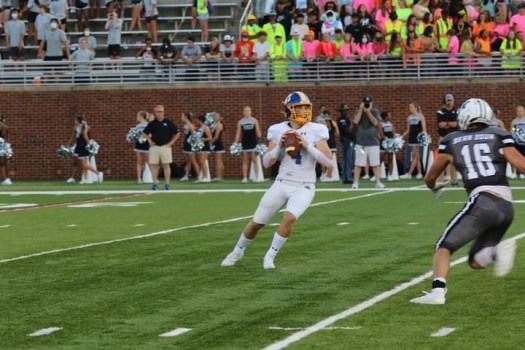 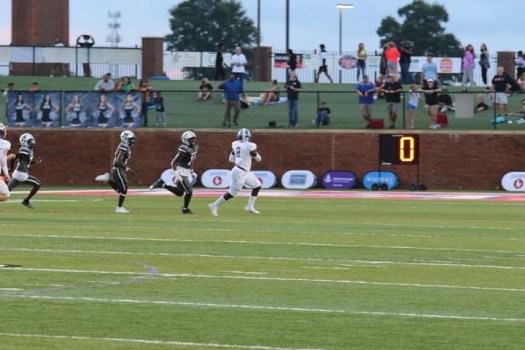 Pacman Palmer in a 58 yard tote for touchdown. 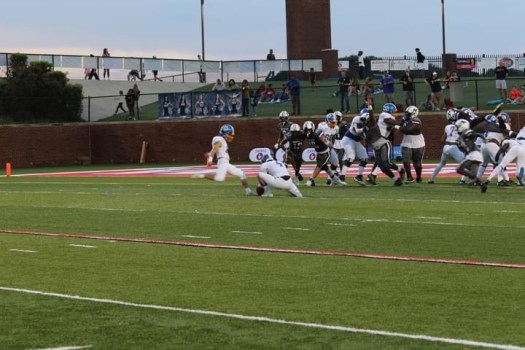 David Mitchell on one of his four kicks, he was perfect on night scoring six points. 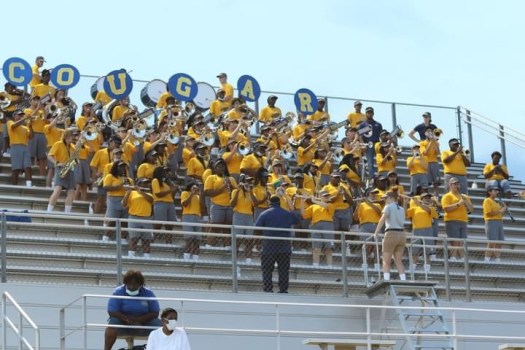 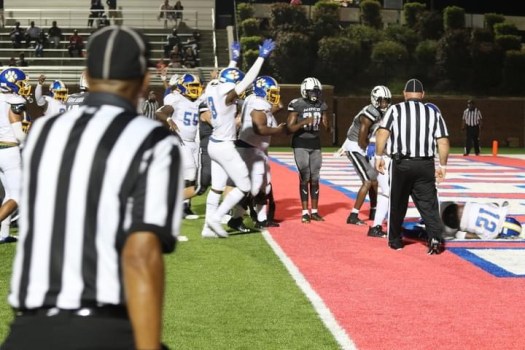 AJ Brown on a touchdown run 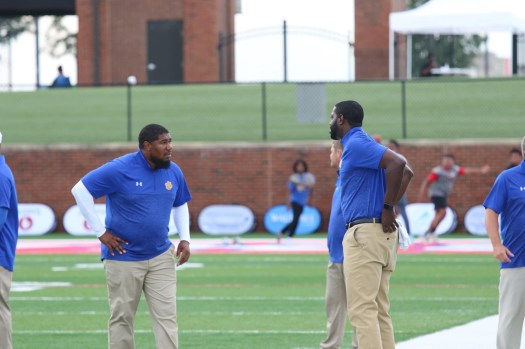 I’m not sure what the benchmark is for judging a football team but, I am certain the following is true. Crisp County had zero personal fouls and or unsportsmanlike conduct calls on Friday night. One year ago that was not the case. Improvement gets an (A). The Cougars did not get to play a spring game and their fall practices can be counted on my hands, COVID protocols hit us hard. Score for safety (A). Score for perseverance (A). Then Cougars finally get on the field with a decent school and they are a 6A Houston County team with a game under their belt. Crisp County drops a 27-24 decision to the home standing Bears score for effort (B+).  Throw in that the Cougars game against Tift County was replaced with a Perry game in Cordele  this  Thursday night and things get interesting.

I Know of no one who felt  Crisp was going to be a power house just out of the gate in 2021. After all they are completely replacing the best defense in the whole state. They had a coaching change and new system to learn. The offensive line was decimated. These are no small obstacles to overcome. However, I feel confident Coach Patrick and the rest of the staff will get the boys on the right track. The first three games are going to be tough no matter what, but that builds character.

The Cougars opened up the scoring in Houston County with a 14 yard pass from Jack Carter to Tre walker. The PAT by David Mitchell was good and the Cougars were up 7-0. The second score came on a hard fought twisting and turning and scrapping 58 yard run by Marquis “Pacman” Palmer. The PAT again was good and the score was 14-0 Crisp. The home team got their team together and were able to stop the Cougar offense and put together scoring drives of their own. The Bears got on the board with a 40 yard strike over the middle and the score was 14-7. Crisp got the ball and was able to get a 26 yard field from David Mitchell to make the score 17-7. Before the halftime the Bears were able to get another touchdown and a field goal of their own to make the score at the half 17-17.

In the second half Crisp was unable to make anything happen out of getting the opening kickoff. However, the Bears took the ball down field and immediately scored to take the lead 24-17. The Bears would again score another field goal to make it a 27-17 game. With starting QB Jack Carter going down with an ankle injury. The Cougars turned to Mr. Dependable,  AJ Brown to take over the offense. Brown who had a long beautiful catch over his shoulder earlier in the game has also served as the Cougar QB. Brown got the Cougar “GO” unit back on track and scored the Cougar final tally and with good PAT the score stood at 27-24. Head Coach Miguel Patrick said, “We have work to do but this is a never say die team and we are getting Better.”

The Cougars face a very tough foe in the “DEN” on a special Thursday night edition of football with a 7:00pm kick-off. All the kids football, cheerleaders and band deserve a packed house for the first home game. GO GET YOUR TICKETS !!!!!!!!