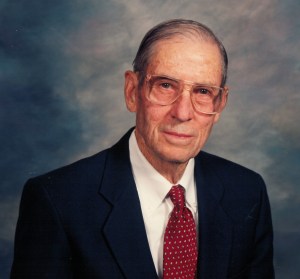 William Ensil “Bill” Ward, age 102, of Eatonton, GA, died on Tuesday, January 18, 2022 at Piedmont Athens Regional.  Born in Crisp County near Cordele, GA, on November 8, 1919, he was one of seven children born to the late Julius Bell Ward and Maggie Eugenia Sargent Ward, all of whom predeceased him.  He grew up on a farm and attended elementary school in the Tremont Community of Crisp County and graduated from Wilcox County High School in Pitts, GA.  He served his country with honor during WWII in the United States Navy while stationed in Hawaii.   On July 7, 1940 he married Lucille Masters who preceded him in death. Mr. Ward ran a successful construction company, W. E. Ward Construction Company, building custom homes for over thirty years.  After retiring he moved to Lake Oconee in Eatonton, GA where he has lived for the last twenty-five years. He loved to garden, especially growing tomatoes that he shared with family and friends. He also enjoyed fishing and had it down to a science and fished for crappie year-round.  He was an active member of Walker United Methodist Church in Greensboro.

Funeral Services will be held Friday, January 21, 2022 at 11:00 a.m. at Walker United Methodist Church, 2730 Walker Church Road, Greensboro, GA 30642 with Rev. John Pike and Rev. Ferris Hardin officiating.  Interment will be Monday, January 24, 2022 at 11:00 a.m. at Sunnyside Cemetery in Cordele, GA.  Serving as pallbearers are Brennan Ward, C. J. Ward, Shel Ward, Monty Ward, Ray Ward, and Steve Petersen. The family will receive friends from 10:00 a.m. until time for the service at the church.  In lieu of flowers the family requests that any memorials be made to Walker United Methodist Church, 2730 Walker Church Road, Greensboro, GA 30642.  McCommons  Funeral Home, 109 W. Broad St., Greensboro, GA, (706) 453-2626, is in charge of arrangements. Visit us at www.mccommonsfuneralhome.com to sign the online guest register.