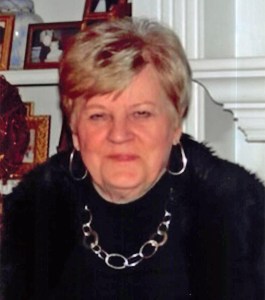 Ina Faircloth was born February 25, 1940 and was raised in Wilcox and Crisp Counties.  As an adult, she made her home in Atlanta with the love of her life, Sam Honeycutt.  She had a storied career with the American Red Cross where she helped numerous people as she worked tirelessly on the ground during countless natural disasters.  After retiring from the American Red Cross, she worked for Norfolk Southern for over 20 years, retiring as an automotive supervisor in NS’s national customer service center.

She was a tried and true Braves fan and also loved the Hawks and Falcons.  She was known to cheer for Georgia Tech, much to the dismay of many of her nieces and nephews.

Ina enjoyed shopping and cooking, raising both to an art form, and dining out with friends and family, especially at Houston’s.  Her true love was family.  She was a dedicated daughter, doting on her mother always.  She shared an extraordinary friendship with her sisters, marked with multiple daily phone calls to each and frequent visits to North and South Georgia.  She was a beloved aunt known to spoil her flock of nieces and nephews as well as their children and grandchildren.  Her generosity was something of legend.

Ina is survived by her many nieces and nephews and their families, scattered over the map, all filled with delightful memories of their Aunt Ina and all the Faircloth siblings who showed them how to live and how to love to the fullest.