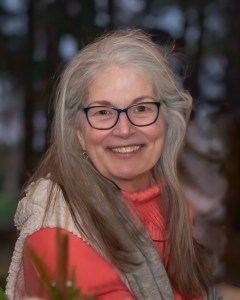 Ginger Nell Ewing, 68, of Cordele passed away February 11, 2022 after a brief illness. A memorial service and celebration of her life will be held at a later date. Born in Valdosta, Georgia to Willard Carl ‘Shorty’ and Martha Lotts Parrish, Ginger was a longtime local resident after moving here from the Douglas/Fitzgerald area. She attended Valdosta State University where she earned a BBA in Management which led to a career as an accountant manager with Campbell Soup and later Wayne Farms in Douglas. Ginger was a member of Warwick United Methodist Church where she was active in the Fishes & Loaves ministry, and later attended Antioch Baptist Church. Ginger was wife to Geston G. ‘Skeeter’ Ewing, mother to Martha Katherine ‘Katy’ Ward (Clay) of Cordele, Stacy Lynn Ewing (James Biggers) of Fitzgerald, and Kelly Ann Bowen of Fitzgerald; sister to Joel Parrish and Cindy Parrish; and grandmother to Rachel Catherine Gentry and Vivian Lois Bowen. Along the way, many people came into Ginger’s life who became family, and she is survived by them as well; especially her ‘son’, Larry Pridgen, Jr.  Instead of sending flowers, make a memorial in Ginger’s name to the Hasan Shrine Transportation Fund 1822 Palmyra Rd Albany, GA 31701. This fund provides local children and families with funds and transportation to get to and from Shriner’s Hospitals. Arrangements are by Rainey Family Funeral Services of Cordele. An online register book is available at www.raineyfuneral.com