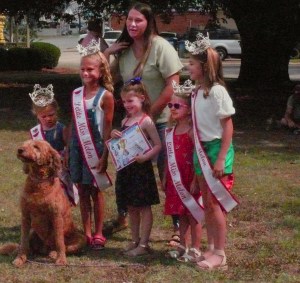 Braelynn Mann and her dog “Sophy,”won best in show. Photo by Neil McGahee 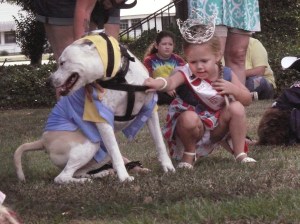 Kenzi Davis struggled to hold on to Scooby,” as they waited for the next competition

Despite the searing heat, eleven young dog owners took part in the 4H Dog Show at the Community Clubhouse, part of the 73rd Annual Watermelon Festival.

That was in sharp contrast to the two contestants that competed in last year’s pandemic affected show.