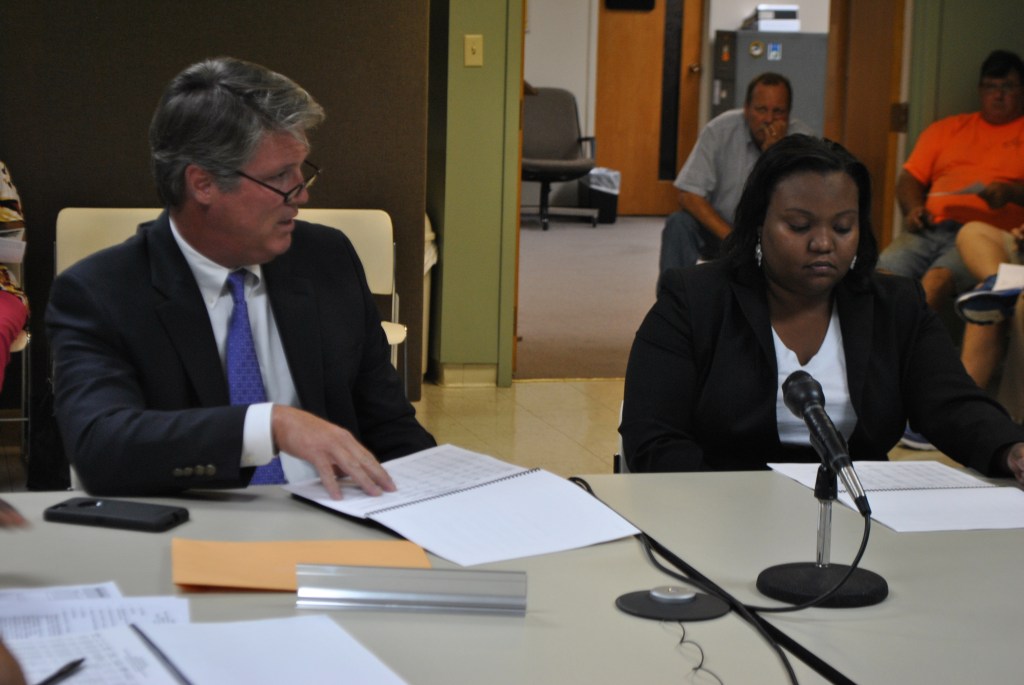 CORDELE — Representatives with Mauldin and Jenkins were present once again at the regular meeting of the city commission. This time to address questions that arose regarding an alleged “secret” bank account for the city’s public works department.
“I was quite pleased with the results that we came up with,” said Miller Edwards. “We did a 100% test on all activity on the account over the last five years from July 2010 to June 30 2015. During that time we were only met with one instance management could not provide a receipt.
Edwards said the missing receipt was for approximately $39 and it was said the funds were used to purchase food and supplies for an employee appreciation dinner.
“The facts speak for themselves,” added Edwards. “If I was in the commission’s shoes I would feel pretty good about the management of this account.”
Edwards went on to clarify that during the audit there was nothing inappropriate found in regards to the account.
Commissioner Royce Reeves, Sr. discussed the need for leadership within the police department most especially with the number of shootings that have taken place within his ward recently. He put a motion forth to the board to approve naming interim Chief Green as the full time police chief. Chairman Zack Wade stated that due to the chief answering directly to the city manager that it would be a call for him to make, however, due to lack of second the motion died on the table.
Also on the agenda:
Commissioners approved the awarding of the Burnette Boulevard Reclamation Project bid to Oxford Construction Company for $384,775.00. The bid was 13.7% lower than the second lowest bid received is lower than the engineer’s estimate for the work.
Funding for the project will be paid from a $200,000 LMIG grant from the Georgia Department of Transportation. The LMIG allotment for the city is $128,000 and the remainder of approximately $58,000 will be paid from TSPLOST receipts.
City Manager Edward Beach informed commissioners that during recent examination of financial transactions it was discovered that $1 million dollars was transferred without authorization from the city’s Health Benefit Fund into the city’s Pooled Investment account. He asked that commissioners approve to have the money transferred back into the Health Benefit Fund. Commissioners approved the request unanimously.
Commissioner Jeanee Bartee informed fellow board members that she had received numerous positive comments on the 8th Avenue project since it’s completion.