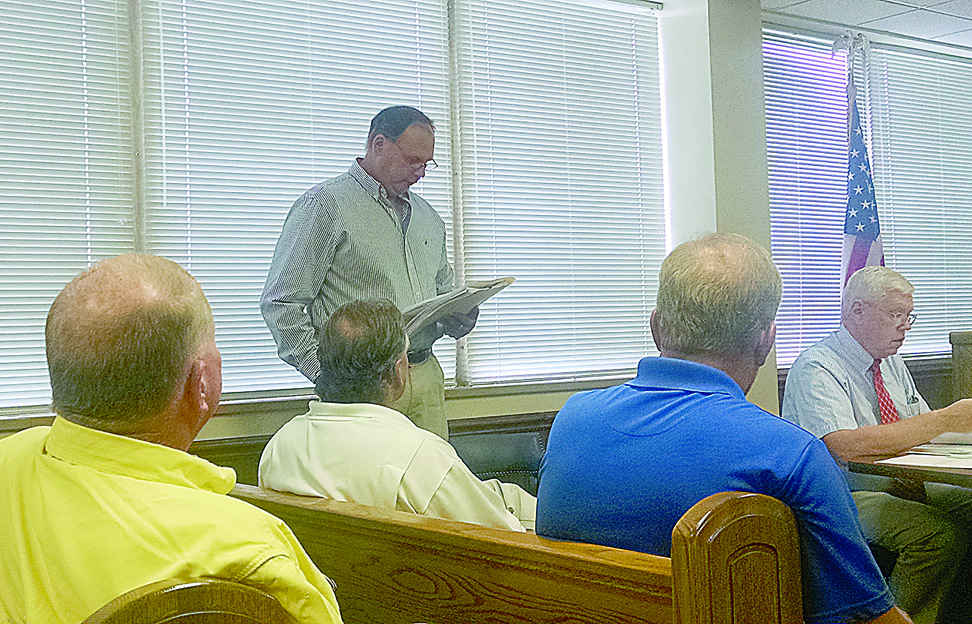 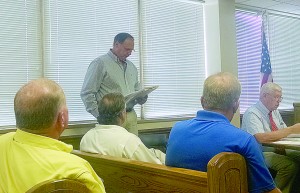 CORDELE — Crisp County Commissioners held the first of two public hearing requests regarding a zoning change request.
Mike O’Donnell, director of business development for AGRI-AFC and other representatives were on hand during the hearing to field any questions.
AGRI-AFC submitted a request to the commissioners to rezone a parcel of property (13.290 acres) from HC (Heavy Commercial) to I (Industrial) for the purpose of a A Chemical and Allied Products Facility. The property in question is located at 1608 West 24th Avenue.
Carolyn Hemby, a citizen who lives in that area expressed concern over the blending of chemicals that would be taking place on the property if the zoning request is approved.
“It does not sound good to me,” she said. “I just want to see if it is going to be safe for residents.”
Another concern raised by Hemby and a second citizen who was not named was the potential affect it would have on the property value of homes in area.
O’Donnell assured citizens the chemicals used by the company were not hazardous. He also read a letter from a representative with the Crisp County Fire and Rescue, who responded to the area and said there was no significant hazard found.
Still citizens said they would like to hear from someone a little higher up on the food chain such as the Environmental Protection Agency (EPA). A second hearing regarding the request will be held during the commission’s next meeting.
Also on the agenda;
Sheriff Billy Hancock gave his regular report to commissioners. He presented commissioners with a check for $108, 915. He talked about assisting with the incorporated areas of the city as well.
“We all wear the badge,” he said. “This is not a matter of us and them. We all work together. We could not do it without the help of the commission.”
Commissioner Larry Felton proposed a decrease in the fees charged by the Crisp County Recreation Department for activities such as sports and cheerleading. Felton said he was already checking into the fees charged by other areas. He said he wanted ALL children to be able to enjoy recreation sports in the community. He said difficult for families with more than one child to afford to pay for the children to play.
Commissioners also approved the Crisp County employee holiday schedule. They also voted unanimously to approve a contract between the Crisp County Airport and Robert and Company for Professional Planning, Engineering and Architectural Services and two resolutions; the first resolution was to reaffirm E911 for Landline, Wireless and VolP and fees for Prepaid Wireless.