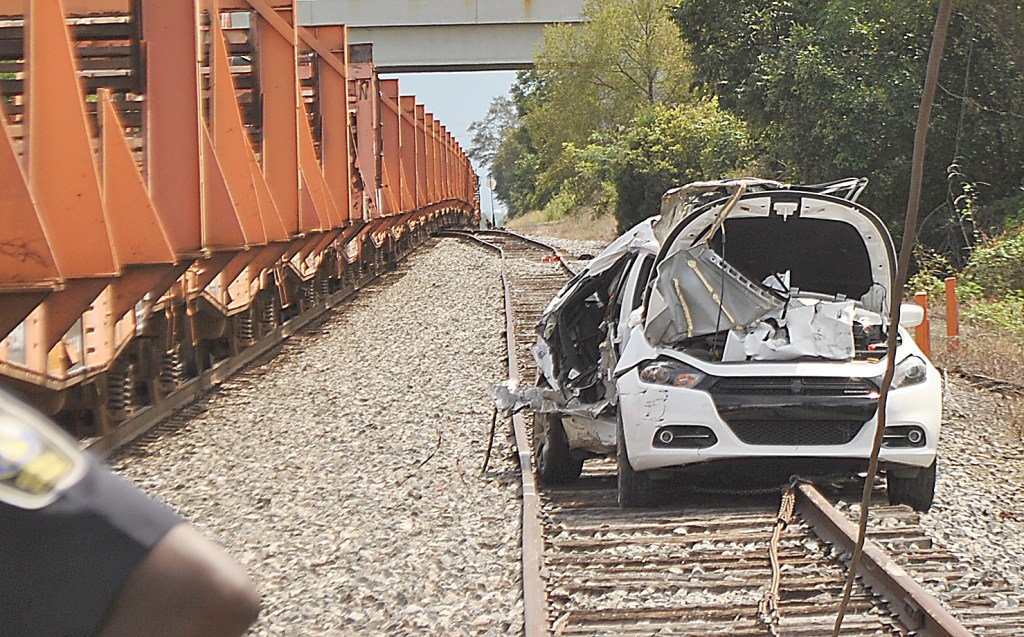 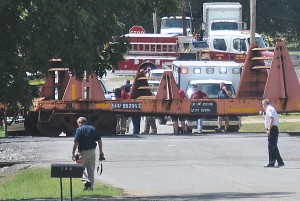 First responders on the scene this afternoon where a train struck a vehicle.

CORDELE — A local teen perished after the car he was a passenger in was hit by a train this afternoon.
At 1:49 p.m first responders were called to the scene at the railroad crossing on 22nd Avenue just before 7th Street. Upon arrival they found white Dodge Dart driven by 19-year old Synia Curry of Cordele had been struck by a train. Curry was traveling west on 22nd Avenue and apparently did not hear the train whistle blowing.
The car was struck on the passenger side by a southbound train and was dragged a short way down the track. Both Curry and her passenger, 14-year old Javion Walker, also of Cordele, were removed from the vehicle by the Cordele Fire Department and Crisp County EMS. They were transported to Crisp Regional Hospital where Walker later passed away as a result of his injuries. Curry was treated and released.
The exact cause of the accident is under investigation. As of now Curry faces a citation for Failure to Yield the Right of Way. Crisp County Sheriff’s Office and the Cordele Police Department also responded to the scene.