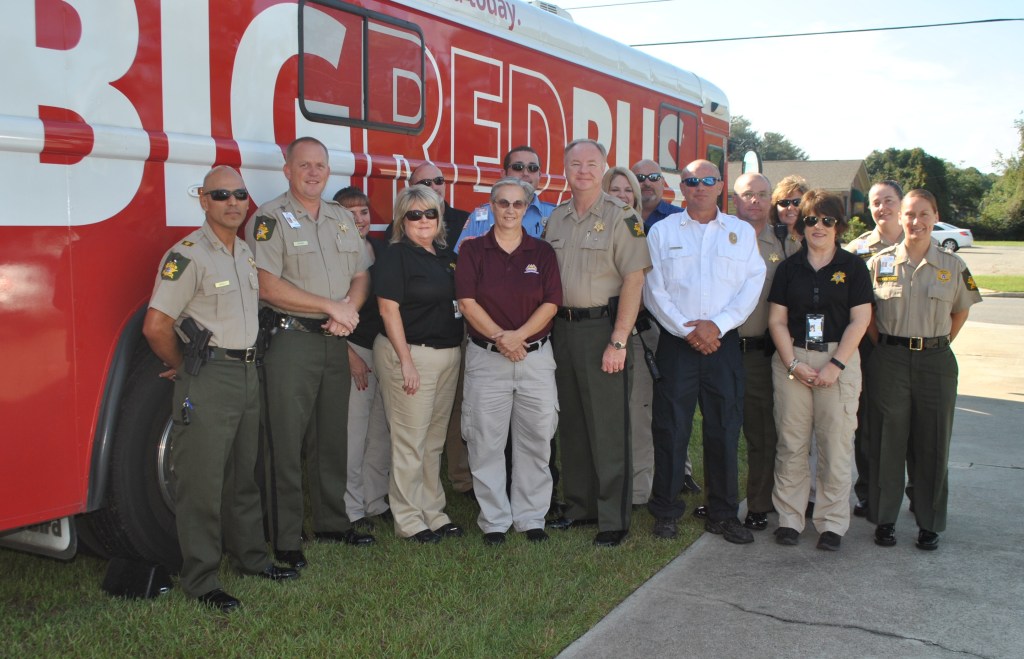 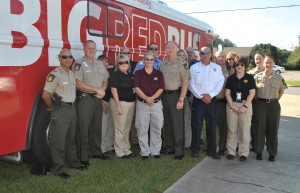 CORDELE — A large number of citizens and first responders including Crisp County Sheriff’s Office, E-911, Crisp County Fire and Rescue turned up to donate the gift of life at the inaugural 9-11 Commemorative Blood Drive.
Melody Godfrey, owner of Country Financial in Cordele sponsored the event locally with oneblood, who provides needed blood donations to Crisp Regional Healthcare.
“I am very pleased by the wonderful turn out we have had,” said Godfrey. “I think we all remember where we were on 9-11. It has been 14 years since the tragedies of that day. What better way to honor those that lost their lives than by giving the gift of life by donating blood.”
Leading the pack for the day was Sheriff Billy Hancock, who was the first in the chair to donate. With him were countless members of the CCSO, CCFR, E-911, Crisp EMS, etc.
Godfrey said the sheriff is always first to show up.
“He was the first one to the bus this morning,” she said. “He is a role model for our community.”
When asked how he was feeling going in he said, “I feel great. I am proud to see so many people come out and give not only to support our community, but also say we remember the victims of 9-11. The numbers that are here are a direct reflection of their care for the people of this community.”
Donors received a free t-shirt and lunch was provided free of charge by Crisp Regional Health Services.
Godfrey said she hopes to make the drive an annual event.
“The drive is actually supposed to be held on 9-11,” she said. “However, all the buses were already contracted out. That’s OK though because I already have it on their calendar for 2016.”
Godfrey said the event was extra special for her because it would also be the first time she has ever given blood. She said she was doing so because she believed in the cause.