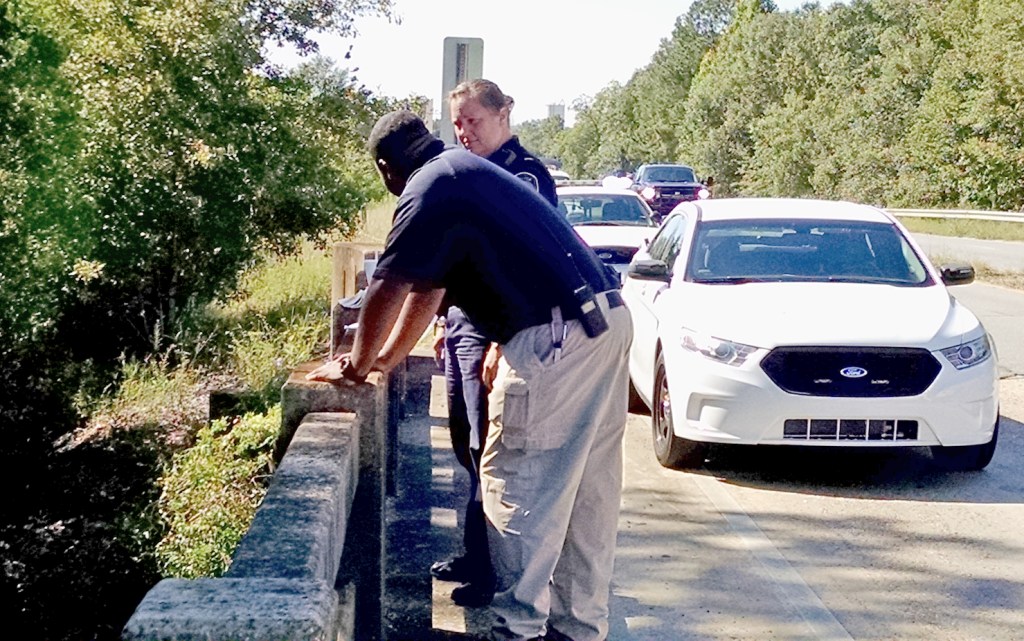 Det. Ketorie Sales and Lt. Carrie Lull roped off the area from the bridge. 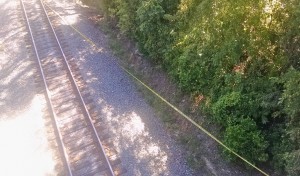 Police tape ropes off the area leading underneath the bridge where the remains were located. 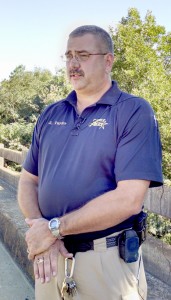 Ssgt. Jeremy Taylor with the Cordele Police Department speaks with media at the scene.

CORDELE — Investigators with the Cordele Police Department have confirmed that skeletal human remains were found under a railroad bridge in the city.

At around 12:51 p.m. officers were dispatched to the bridge over the Norfolk Southern Railroad Tracks on U.S. Highway 41 North just south of the Farmer’s Market.

The caller indicated they had been walking in the area and discovered the remains. After their arrival on the scene Detectives with the CPD and the Georgia Bureau of Investigation were called in to handle the investigation. Both detectives and the GBI were working the scene and the remains were removed by GBI investigators where they will be taken to the state crime lab.

According to Ssgt Jeremy Taylor with the CPD the remains had been there for quite some time and the remains are highly decomposed.

“Due to the level of decomposition there is no way to identify the gender or race of the remains at this time” he said. “An autopsy will help us determine those factors as well as the cause of death of the individual.”

Taylor said currently there are no local missing persons reports. More information will be released as it is made available.