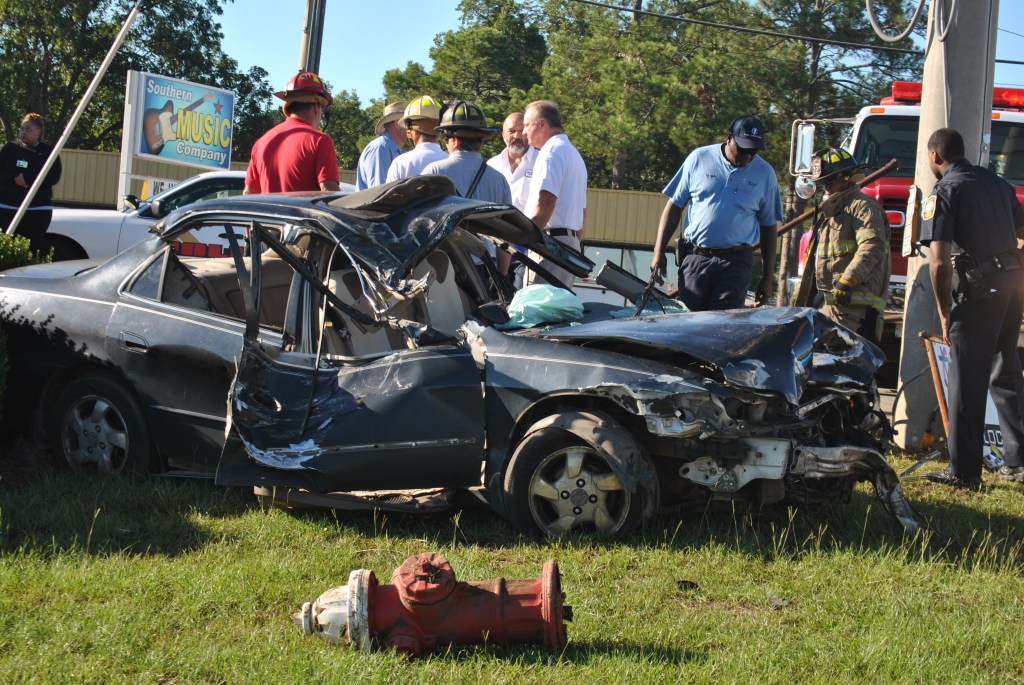 CORDELE — At around 9 a.m. this morning the Cordele Police Department, Fire Department and Crisp County EMS responded to a one vehicle accident at the intersection of 16th Avenue and Pecan Street.

A Honda vehicle traveling west on 16th Avenue  for reasons unknown ran up on the curve at Burger King hitting the fire hydrant, light pole nad coming to rest on its side. The names of the driver and his two passengers have not been released as of yet. All three were transported to Crisp Regional Hospital. 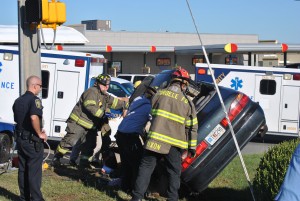