One killed in afternoon collision 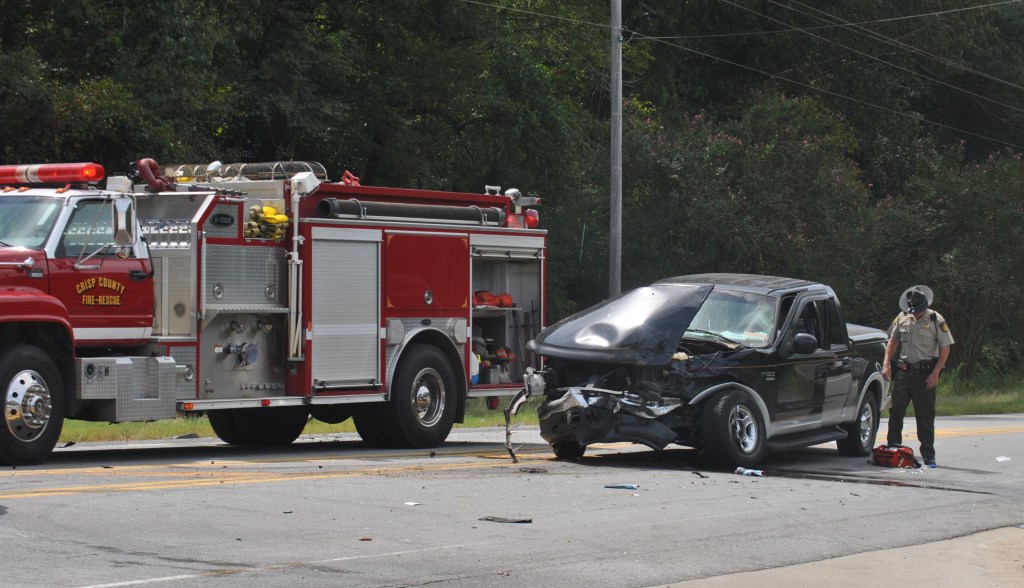 CORDELE — A Tuesday afternoon collision claimed the life of a local man.
First responders were called to the scene on Highway 280 just west of the entrance to Georgia Veterans Memorial State Park. According to reports Dwight Carter fo Cordele was traveling east on 280 and attempted a left turn into Striplings General Store. He turned into the path of an oncoming pickup truck traveling west on the highway. The vehicles collided head on.
Mr. Carter, was transported by EMS to Crisp Regional Hospital where he succumbed to his injuries. The driver of the second vehicle, Clyde Leon Larkins of Americus, was also transported for treatment but details of his condition were unavailable.
Georgia State Patrol, Crisp County Sheriff’s Office, Crisp County EMS and Crisp County Fire and Rescue responded to the scene. The investigation was turned over to Trooper Bland with the GSP. 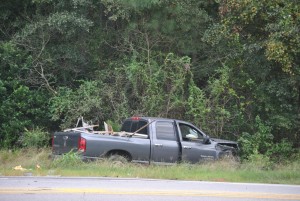 Chris Lewis/Cordele Dispatch
Second vehicle involved in collision on Highway 280 which claimed the life of a Crisp County man.