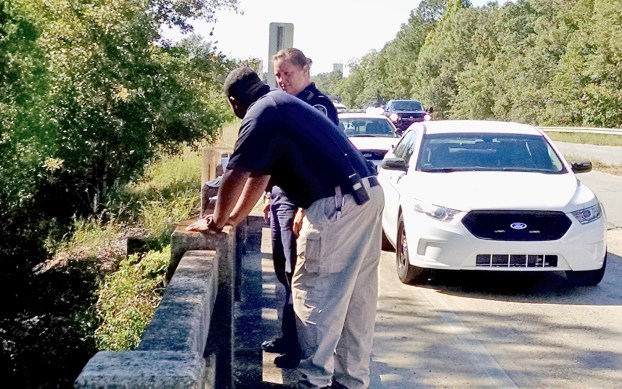 Det. Ketorie Sales and Lt. Carrie Lull roped off the area from the bridge.

CORDELE — Police say the identity of a body found under an overpass on Monday has been identified as a local resident, 54-year old David Dorough.
According to Ssgt Jeremy Taylor the remains were identified through an ID found in the clothing and a tattoo that was still visible during the examination of the body. There were no obvious signs of any foul play and the death appears to be due to natural causes.
No pictures are available at this time.

One killed in afternoon collision