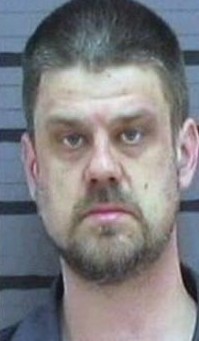 ALBANY — A former middle school teacher will spend the next few years in jail but will be branded a sex offender the for the rest of his life.
Brian O. Brannen, age 41, foermerly of Albany, was sentenced Thursday by the Honorable W. Louis Sans, United States District Judge in Albany. Brannen was sentenced to 78 months (6 1/2 years) for possession of child pornography and will be required to register as a sex offender and pay restitution to a victim.
On April 3, 2014, a young woman who had been residing with Brannen reported to law enforcement that she had seen child pornography and other pornographic images on his computer. A search warrant was executed at Brannen’s apartment by the Dougherty County Sheriff’s Office. During the search images of child pornography were located in a folder on his desktop computer. The files had names and descriptions that were extremely graphic in nature and correctly identified the files as depictions of child pornography.
Brannen was under pretrial supervision and was arrested by the Dooly County Sheriff’s Office on charges of Terroristic Threats and Acts on September 3, 2014. Based on his arrest, his pretrial bond was revoked and he has remained in custody since that time.
Brannen was a middle school teacher in Albany for seven years.
“Child pornography offenses are always disturbing because the child victims are robbed of their innocence and dignity at a tender age,” said United States Attorney Michael J. Moore. “This case is made even worse because Mr. Brannen maintained this material where it was seen by a young woman staying in his home and because he abused the privilege of being allowed to be out on bond awaiting trial. His inability to conform his conduct to what our society rightfully expects certainly warrants the sentence imposed.”
The case was investigated by the Dougherty County Sheriff’s Office together with the Department of Homeland Security. Assistant United States Attorney Jim Crane prosecuted the case on behalf of the government. Inquiries regarding this case should be directed to Pam Lightsey at the United States Attorney’s Office (478)752-3511.