Citizens speak out against zoning request 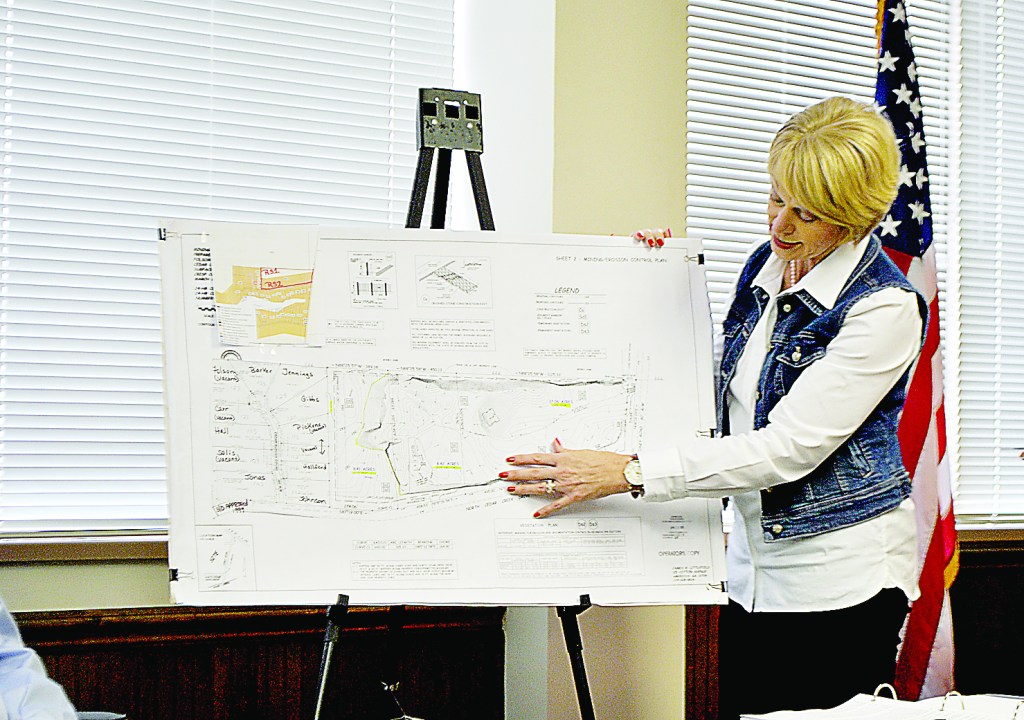 CORDELE — County Commissioners here held a public hearing in regards to a zoning request. The request was previously submitted to the board by HOMEQUIP, LLC to rezone a parcel of property (34 acres) from RS1 and RS2 (Single Family Residential) to RR (Rural Residential) for the purpose of operating a Borrow Pit. The property is located at 762 Coney Road South.
Several citizens who reside in the area attended the hearing to express their concerns and speak out against the rezoning. Roy and Nancy Gibbs were among those. Mr. Gibbs read a letter that he prepared for the commission to convey his standing on the matter.
“I am thankful for the service and leadership which you offer the citizens of Crisp County,” said Gibbs. “I also appreciate your willingness to listen to the concerns of myself and others regarding the proposed zoning change of the property 650 South Coney Road for the purpose of operating a borrow pit. I believe that there is sufficient reason to deny this request for rezoning and expansion of the borrow pit.”
Gibbs asked that the commissioners consider the following points.
1. It is my understanding that the pit operator, while having a state permit (license), never asked for or received permission from the Commissioners to operate a pit as required by law. Therefore the current pit has been operating illegally since beginning operation. The fact that the pit is already in operation does not compel you to approve for the future something which was not approved in the past.
2. Since the first pit has been operating illegally it does not make sense to rezone and expand something which previous Commissioners had not approved.
3. The area in question was rezoned to RS1 single family dwelling in 2000 for the purpose of developing a residential subdivision. Many people including myself purchased homes in the area, Cedar Slough Ct. etc. with the understanding that the adjoining properties would also be single family dwellings. Now it appears that the same party who developed and sold the properties then wants to rezone the adjoining property now for another purpose since the real estate market is depressed. This is not fair to the people who were led to believe one thing and now are facing something else.
4. The property values are already depressed and if this pit is allowed, property values will only drop even more. This means that we will be paying tax on an inflated value or the county will have to devalue our tax basis and the county will lose money in revenue.
5. It is my understanding that if this request is approved, the acreage for the pit will not have a change in tax valuation. Therefore Crisp County will not have an increase in revenue from the low amount of tax being paid for the property now as posted on the Tax Assessors page on the Crisp County web site.
6. Since an approval would not benefit the County, would hurt the other property owners, and would only benefit the operator of the pit, I respectfully ask that you the Commissioners, in the best interest of the majority concerned, deny the expansion of the pit.
7. Further in light of the health, safety, and nuisance issues, I ask you to reconsider the operation of the pit at all.
8. There are questions about the safety of contaminated materials in the dirt being brought into the pit as the operator is not required to test the materials before bringing them in.
9. There is excessive noise coming from the pit all during the day which is disturbing.
10.    Frequently there are individuals in the pit taking target practice. My bedroom window was hit by a bullet. This was reported to the Sheriff’s Department and they retrieved the bullet from the window sill. It appeared to be from a 45 cal. Handgun. If the pit were expanded there would be even more danger closer to our homes.
If the rezoning were to be granted, what would be the limits to the activities and construction by the pit operator?  Would the Commissioners be opening a door which would be difficult to legally close later?
Gibbs also asked commissioners What activities are allowed under a “Surface Mining” permit? Would the Commissioners be able to require a 200 Feet “Undisturbed Tree Barrier” between the pit and residents’ properties?
“I thank you for your time and consideration,” said Gibbs.
Another couple said they had faced health issues as a result of the pit.
Rand Folsom spoke out on behalf of HOMEQUIP and said that he had no knowledge of anyone shooting on the property but that he could and would be a stop to it. He said there was no contamination and welcomed the suggestion of soil testing.
Planning Director Connie Youngblood also presented commissioners with a zoning request from Shane Napier for a Special Use Permit to locate a deer processing plant in a RR (Rural Residential) zone.
He advised there would be no hardships imposed on residents and that the area would be kept free of any remains which would remain refrigerated until picked up for disposal. Remains will also be disposed of in a timely manner and vehicles should not park on the sate road or block view of travelers.
Commissioners approved Napier’s Special Use Permit unanimously.
Also on the agenda;
• Commissioners issued a proclamation designating Red Ribbon Week in Crisp County.
• Approved a contract between the Board of Elections and Registrations of Crisp County and the Crisp County Board of Education to hold special elections.
• Approved a resolution to establish a second Board of Equalization.
• Approved a resolution for the establishment of a bank account for the Crisp County Sheriff’s Office for funding from events such as the recent wrestling match.