Motorcycle club gives back to community 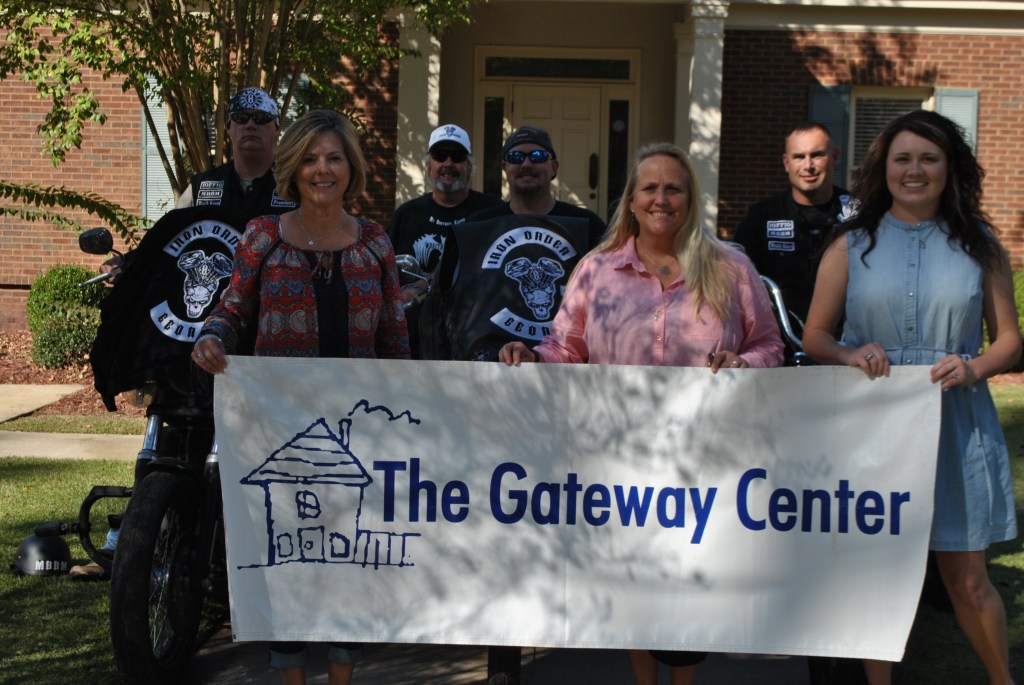 CORDELE — A local motorcycle club chose to celebrate their first anniversary in a very special way; by giving back to their community.
Members of the Iron Order Motorcycle Club Cordele Chapter, recently presented a check for $1000 to the Gateway Center to assist in expanding the services the facility currently offers to the community.
According to Aaron “Syren” Anderson, club vice president, the group held their anniversary celebration at the Cordele Motor Speedway. Members from chapters around Georgia, Alabama, and Florida attended the event, with numerous activities taking place throughout the day including riding on the track and selling raffle tickets. Money collected made up the donation given to the center.
“Instead of making the anniversary about the club we decided to make it about the center and giving back to the community,” said Anderson. “We have chosen the Gateway Center as our primary charitable contribution and will be raising more funds for the facility in the future.”
Club President Jon “Vanish” Lull said the club sponsors get togethers and social events for Iron Order Chapters and money collected during those events will be used for charitable contributions.
Anderson and Lull say that the organization is growing and consists of a good group of people coming from all walks of life.
“It is all about brotherhood and helping people,” said Anderson.
Iron Order MC is a male only organization, but Anderson said wives and girlfriends of club members support events that the group sponsors. They are referred to as Maidens. Members of the Cordele chapter, known as the Wraith Riders, come from all over the area including Cordele, Albany, Vienna and Warner Robins.