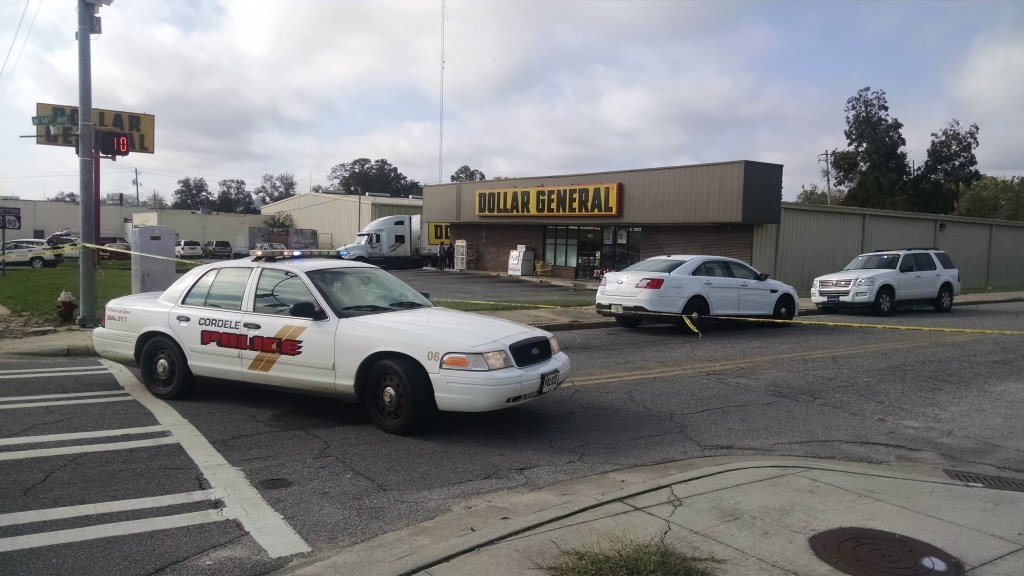 CORDELE — Police are on the lookout for a suspect who robbed Dollar General, located at 402 South 7th Street.

According to reports from the Cordele Police Department the robbery occurred just before 9 AM a single black male entered the establishment through the back door where employees were unloading a truck of merchandise. The suspect led employees to the front of the store and ordered one or two customers inside the store to get on the floor.

The suspect then began to take money from the register and fled the scene traveling west on 14th Avenue and then onto 8th Street.

Witnesses described the suspect at being between 5’10” to 6′ tall, wearing all black clothing. He was also reported to have been wearing red material that covered his face and gloves.

Police ask that anyone with any information contact the Cordele Police Department.