Davis pulls out of runoff, heads back to work 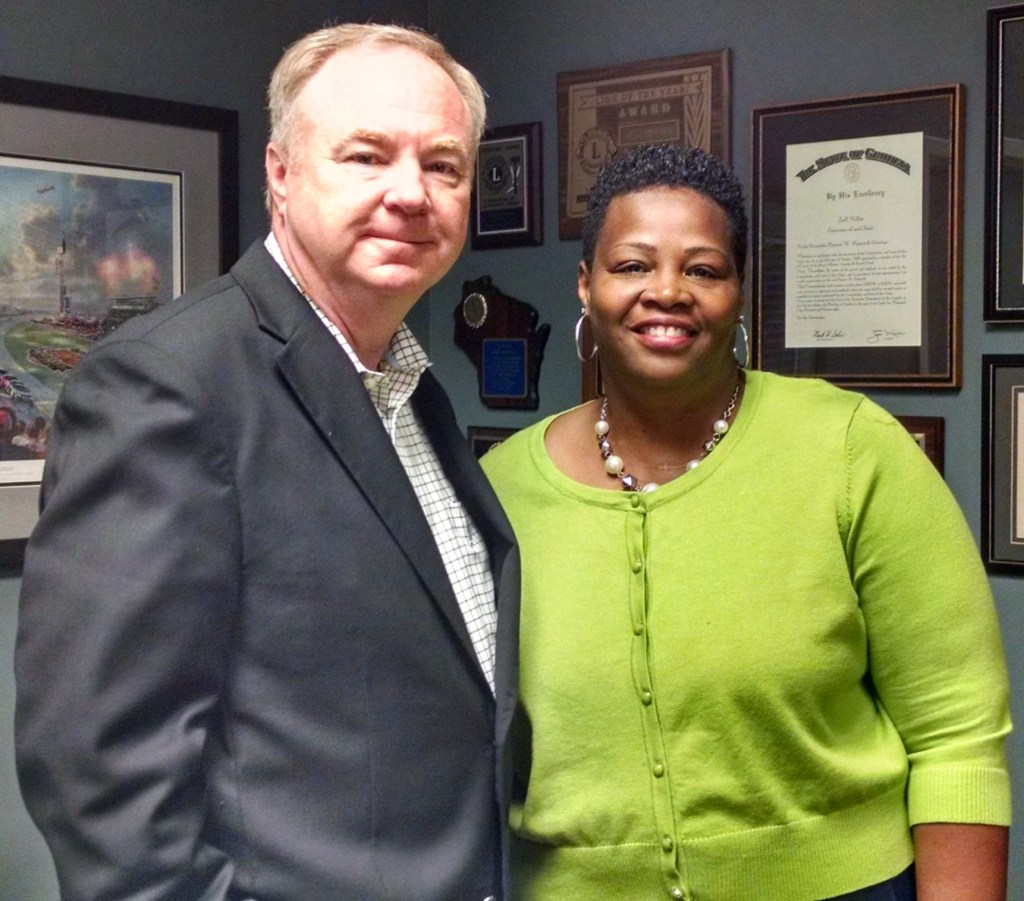 CORDELE — Candidate for City Commission Ward 1, Dechelle Davis, has decided not to be part of the runoff for the seat, however she wants her constituents to know she will still be working hard for change in the city.
“When I first decided to run for office, my heart was in it for the people,” said Davis. “I still have it in my heart to help make Cordele great. If not from a city commission seat, then I will do so in other ways.”
Davis said that her service to the people of Cordele will begin with her return to work as a 911 operator and Sheriff Billy Hancock said he couldn’t be happier with her return. Before her campaign she served in her position for 11 years.
“Dechelle had to take a leave of absence from her position in order to run for office,” said Hancock. “She came to me recently to inform me of her decision and fortunately we had a spot vacant to put her back to work. It is impossible to replace someone with her level of experience. As a 911 operator she has assisted in saving countless lives. Without a good operator, like Dechelle, a situation can get really bad, really quick. We are so glad to have her back on our team.”
Davis says she has already reached out to the two remaining candidates, Vesta Beal Shephard and Sammie Hill Sr., to let them know she will stand behind and support whoever is elected to the seat. She says she will serve the city in whatever way she can and Hancock says there will be plenty of volunteer opportunities for her through the Sheriff’s Office. Hancock says that he feels it is important that employees with the office have the opportunity to be part of projects in the community.
“I am anxious to roll up my sleeves and get to work,” said Davis. “During my campaign I talked a great deal about dilapidated housing and what the city needs to do to clean up the community. I am thinking maybe it is time I picked up a paintbrush myself. We need to step up and take on some of these projects ourselves, as a community. Everybody needs to work together.”
Davis said first off she wants to separate herself from the negative stigma and controversy that surfaced during the campaign during which time she was being endorsed by My Brother’s Keeper Cordele and My Sister’s Keeper Cordele.
“While I believe that both groups were formed with the best of intentions, it seems that controversy has overshadowed the good the group set out to do,” she said. “While I appreciate the support, I want to help initiate positive changes in the community. I want to find ways to unify the citizens of Cordele so that we can all work together toward a common goal and that is to make our city a great place to live, work, and raise a family. That was always my intention from the beginning. Now I have chosen a different path to better assist in my reaching that goal.”
Hancock agreed with Davis that the unity is the key to creating positive changes.
“In unity, there is strength,” he said. “I can pick up one twig off the ground and break it, I can pick up two and break them, maybe even three, however the more you have the harder it becomes to break and if you have too many, you can’t break them. If we as citizens of Cordele, Crisp County ALL work together, there is no breaking us. It takes us all working hand in hand.
“I want to be a worker bee in this hive,” said Davis.
Davis was scheduled to be back at her post on Thursday afternoon. She said she is ready and looks forward to seeing what work God has in store for her for the community she loves.