Truck donated to Hand of Hope 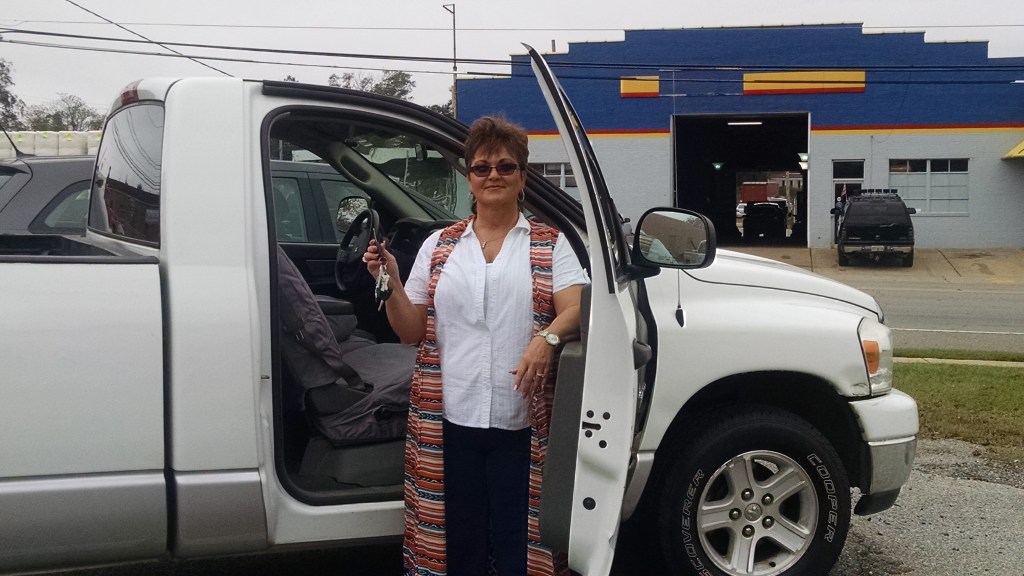 Donna Stripling says she is proud of the truck donation and humbled by the outpouring of support.

CORDELE — Donna Stripling, of Hand of Hope Ministry says that since the ribbon officially cut on the facility that God has continuously blessed the new ministry.
“The outpouring of support has been truly humbling,” she said. “People have been bringing stuff in for the thrift store and making donations. It is such a blessing that God allowed me to serve Him in this capacity.”
Stripling said with the donations coming in she was also receiving calls from people with items to donate but no way to get them to town.
“There was a need, and once again God provided for that need through the good folks of Cook Industrial Electric Company,” said Stripling.
Stripling said it all began when she was speaking with Richard Huckaby of Cook’s. He overheard Stripling on the phone talking about the need for a truck or a van to pick up heavy items or items that people wanted to donate but had no way to transport. She said they could also use transportation to assist someone who may need a ride to prayer meeting.
“Richard told me when I got off the phone that I needed a truck or a van,” she said. “Then low and behold a week later I hear from him and he informs me that he made some phone calls and Mac Cook wanted to donate a truck to the ministry. I remember him saying to me “it’s an old truck” but I was just floored by the kindness.”
Richard Huckaby, Mac Cook, Joe Cook and Cary Cook presented Stripling with the keys to a 2006 Dodge pickup complete with new tires and seat covers.
“God answered another prayer for us through the donation. Every single day He is just pouring His blessings out on this ministry. Everybody is the ministry. Jesus is using these people through donations to assist with HIS ministry. We have even received a sound system that was donated to us by Southern Music Company of Cordele.”
Stripling said that it is her dream to have a van that can be utilized to pick up people for prayer meeting. She also said that volunteers are still signing up to assist with the ministry in one way or another.
“We already have five children coming in for the after school homework help,” said Stripling. “I really want to see that continue to grow. Kids can sign up to come Monday through Friday from 3:30 PM until 5 PM.”
Stripling said she is also getting ready to plan some outdoor events with entertainment and good, clean, family fun and fellowship.
“The donations have been amazing, the support is just more than I could have imagined, but the greatest testament of all to what God wants this ministry to be and that is that through Him we have had 16 total professions of faith since we began. That’s what it is all about.”
For more information on Hand of Hope Ministry, how to donate, how to volunteer or for prayer meeting times or after school homework help call (229)417- 5000