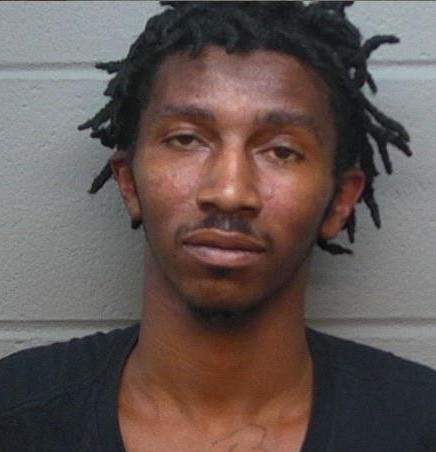 CORDELE — A defendant on trial for murdering a woman during a home invasion will spend his life behind bars after being sentenced in Crisp County Superior Court Thursday.

The jury took just over thirty minutes to return a guilty verdict on Cameron Carter who was charged in the September 2014 murder of Ashley Garry, who was found shot in her home. After a 4-month long investigation consisting of around 150 leads, Carter was located in Pulaski County where he was charged with burglary and obstruction. At that time he was found in possession of a loaded Jimenez Arms, 380 caliber pistol. Ballistics confirmed the weapon and its ammunition was a positive match to the weapon and ammo that killed Garry.

Carter was charged with Felony Murder, Malice Murder, Aggravated Assault, Armed Home Invasion, and Possession of a Firearm during the commission of a felony. He was sentenced to two consecutive life sentences for the crimes by Chief Judge John Pridgen. He received life for the murder and an additional life sentence for the armed home invasion.

Fachini said that she is pleased with the verdict.

“Ashley Garry was a lovely young woman and mother,” she said. “Her senseless murder shocked and saddened our entire community. It was just over a year ago that two murders occurred within 5 days in Crisp County. Sheriff Billy Hancock and his department worked hand in hand with the Georgia Bureau of Investigation following leads and interviewing witnesses ultimately making arrests in both cases. In Ms. Garry’s case Agents Bobby Cunningham and Tory Peacock, along with Crisp County Investigator’s Karla Stowe and Robert Rogers, devoted countless hours putting together a case file we were confident with. That confidence was well placed as the jury took just over thirty minutes to return their guilty verdicts. My Chief Assistant Brad Rigby argued that the defendant, Cameron Carter, had developed into a killer after years of stalking women and breaking into homes.“

Fachini said she would like to express her appreciation to the Crisp County Sheriff’s Department and the Georgia Bureau of Investigation.

“It is a privilege to work with these officers and have them work as a team until the job is done,” she said. “I appreciate, as well, the assistance of Chief Lewis Green and Detective Ketorie Sales for providing us with additional evidence of Carter’s history of criminal activity in the City of Cordele.”

According to Fachini, Garry was 27-years old and left behind a 10-year old son. She was a hard working responsible employee of the local Cracker Barrel, working toward a management position.

“There was no connection between the defendant and Ms. Garry,” she said. “All the evidence indicated that she simply came home from work and encountered an armed intruder ready to take her life.”

Since his arrest, Carter has also been linked to an unrelated rape for which he faces additional charges.