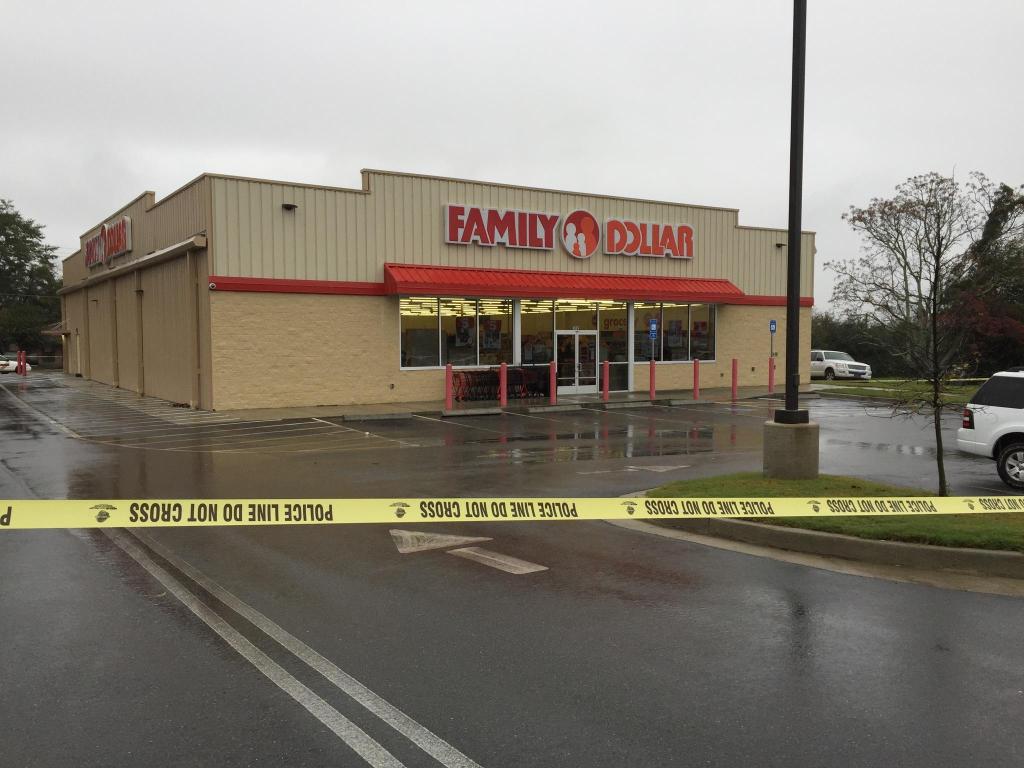 CORDELE — Police are investigating an armed robbery that occurred this morning at Family Dollar, located on 24th Avenue West.

According to reports from the Cordele Police Department, the robbery took place at around 8:40 AM. Employees with the store say that a black male entered the store, brandishing a handgun and demanding money. Employees complied and the suspect then fled the store through a back exit and was last said to have left the scene on foot traveling north.

The suspect is described as between 6ft to 6ft 1 in, wearing a blue jacket, faded black jeans and dark colored hiking or work boots. His face was covered with a cloth that was red and black in color. No employees were injured during the crime.

According to Ssgt. Jeremy Taylor, when investigators reviewed surveillance footage of the crime, they observed multiple customers attempt to enter the store, but the door was locked. The suspect had instructed employees to lock the door. Taylor wanted to advise the public that if they approach a business they know should be open at a specific time, but the door is locked, to notify law enforcement.

“Leave the area first for your own safety,” he said. “Then contact law enforcement. It is better to err on the side of caution. You never know what could be going on inside. It could be a robbery or someone could be in need of medical attention.”

Taylor  asks that anyone with any information regarding this crime please contact the CPD at (229) 276-2921.