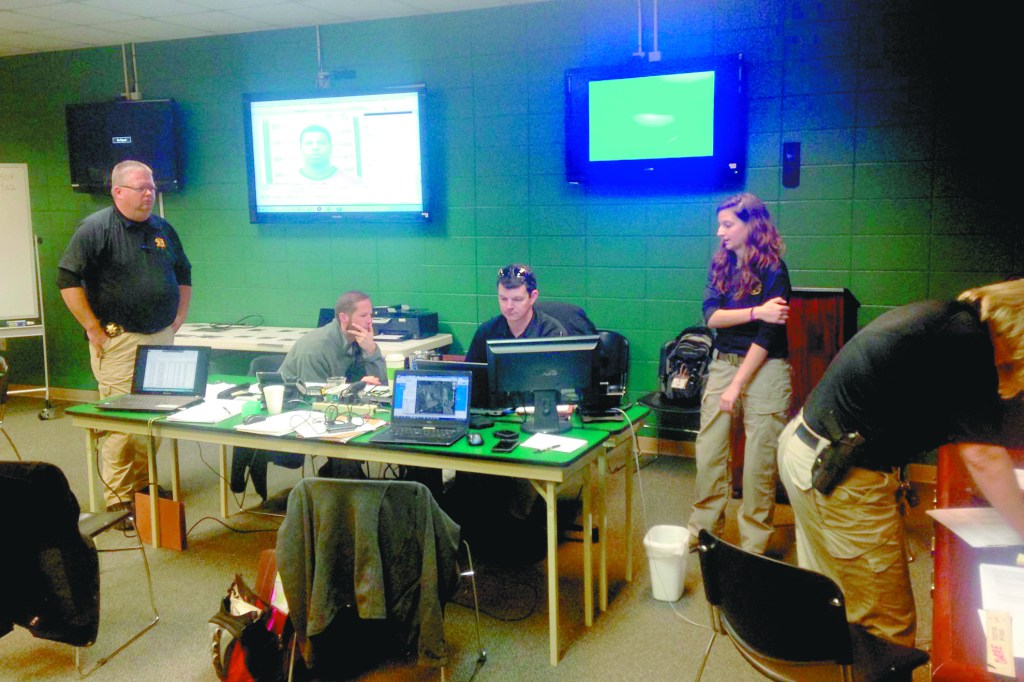 CORDELE — Investigators continue the search for two masked men they say shot and killed a man during a home invasion early Sunday morning.
According to reports from the Crisp County Sheriff’s Office, law enforcement responded to the scene, at 3994 Old Penia Road. At approximately 1:30 AM two masked men forced themselves into the residence. The victim, 40-year old Geoffrey Jonew was not home at the time but arrived shortly after, surprising the intruders. Jones was shot during the invasion and transported by EMS to Crisp Regional Hospital where he later succumbed to his injuries.
The suspects fled the scene in a vehicle they stole from the residence. With the assistance of the Georgia State Patrol Aviation Unit that vehicle was discovered abandoned a short time later, not far from the residence.
According to Sheriff Billy Hancock investigators have been assisted by the Georgia Bureau of Investigation, Community Supervision, the District Attorney’s Office, Georgia State Patrol, US Marshals Service and members of the Mid South Narcotics Task Force. There are currently about 22 officers working diligently on the case, first processing the scene and now following leads.
“At this time we believe that Mr. Jones was targeted and that this was not a random act of violence,” said Hancock. “We ask that anyone with any information that may assist in this case please contact the Investigative Division at (229)276-2600 or the GBI office in Americus.