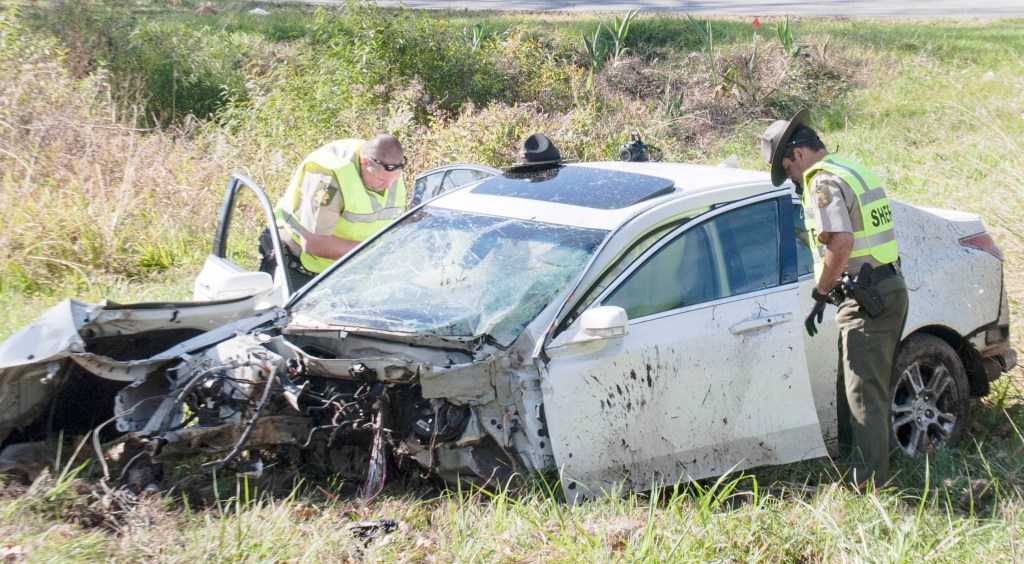 CORDELE — A one-vehicle accident here resulted in two people being transported to a local hospital with serious injury.
Ember Paige, age 21 of Ashburn, was traveling north on Highway 41 in a 2011 Acura. She lost control of the vehicle entering a curve near Eddie Road and the vehicle left the road hitting a tree, before coming to rest in a field. Both Paige and her passenger, 17-year old Felipe Sanchez of Cordele were transported by EMS to Crisp Regional Hospital.
According to reports from the Crisp County Sheriff’s Office no further report on the cause of the accident was available but is under investigation.