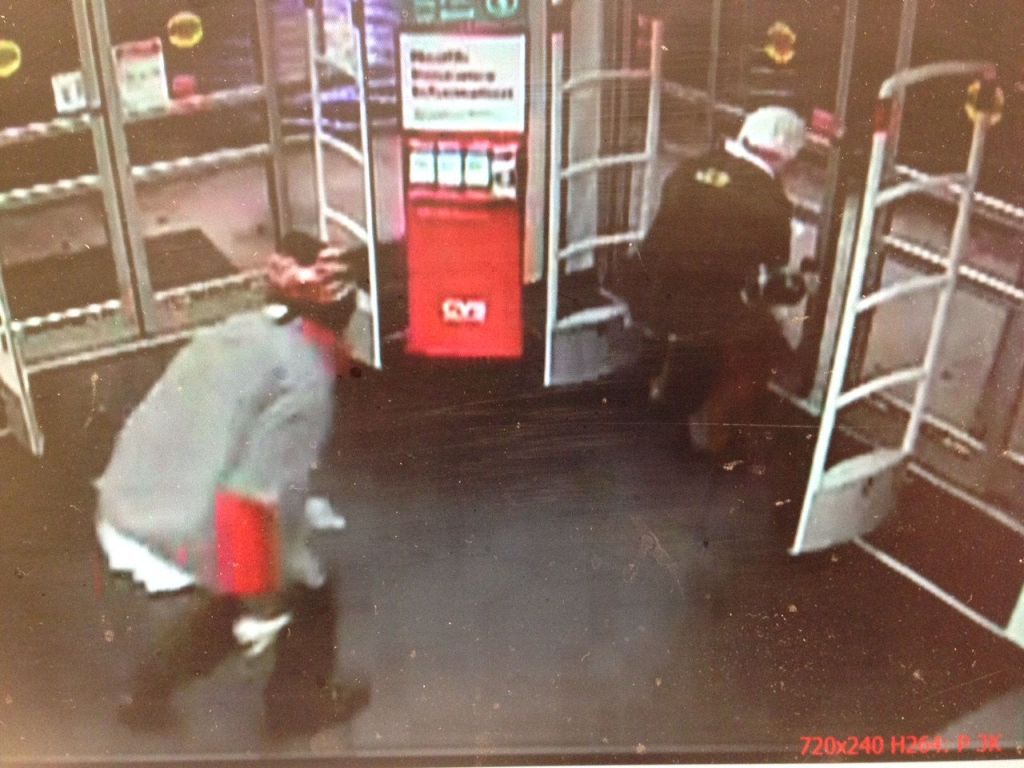 CORDELE — Police here are seeking help from the public to apprehend two suspects they say robbed CVS Pharmacy this evening. 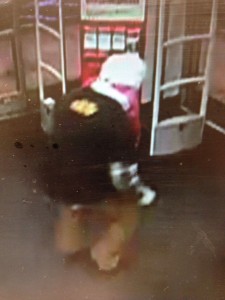 Officers responded to the store, located at 214 East 16th Avenue at approximately 10 PM. According to reports two men wearing dark clothing entered the store demanding money. Before fleeing the scene they suspects locked employees in a back room of the store.

Surveillance footage from the store show the suspects exiting the building. There is visible writing on the back of a jacket worn by one of the suspects that could be of assistance in that person’s identification. Police are asking the public if they have any information regarding this latest robbery to contact the Cordele Police Department.