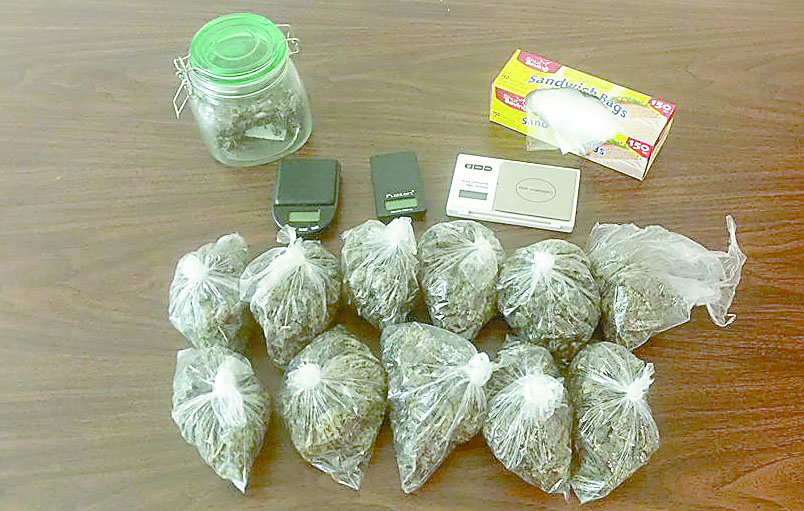 CORDELE — On February 5, 2016, the Mid-South Narcotics Task Force and the Crisp County Sheriff’s Office served a search warrant on the residence of Carlos Octavious Waters. The residence is located at 608 North 5th Street Cordele.
The investigation of Waters started when agents received information from citizens concerning the amount of traffic coming and going from the residence. Surveillance was begun on the residence along with other investigative techniques. Eventually task force agents and deputies obtained enough information to apply for and receive a search warrant.
When the search warrant was served Carlos Waters, a female and an infant child were present at the residence. Once the residence was secured by law enforcement a search was started. During the search agents and deputies recovered eleven plastic bags of a high potency marijuana referred to as “Loud or Hydro” with a total approximate weight of eleven ounces valued at $3,000.00, digital scales, packaging material utilized to package the marijuana with to sell and $1,525.00 in cash.
Waters was arrested and charged with possession of marijuana with the intent to distribute and is currently being held at the Crisp County Detention Center. During the time of his arrest Waters was out on bond from previous drug charges made against him in 2015.