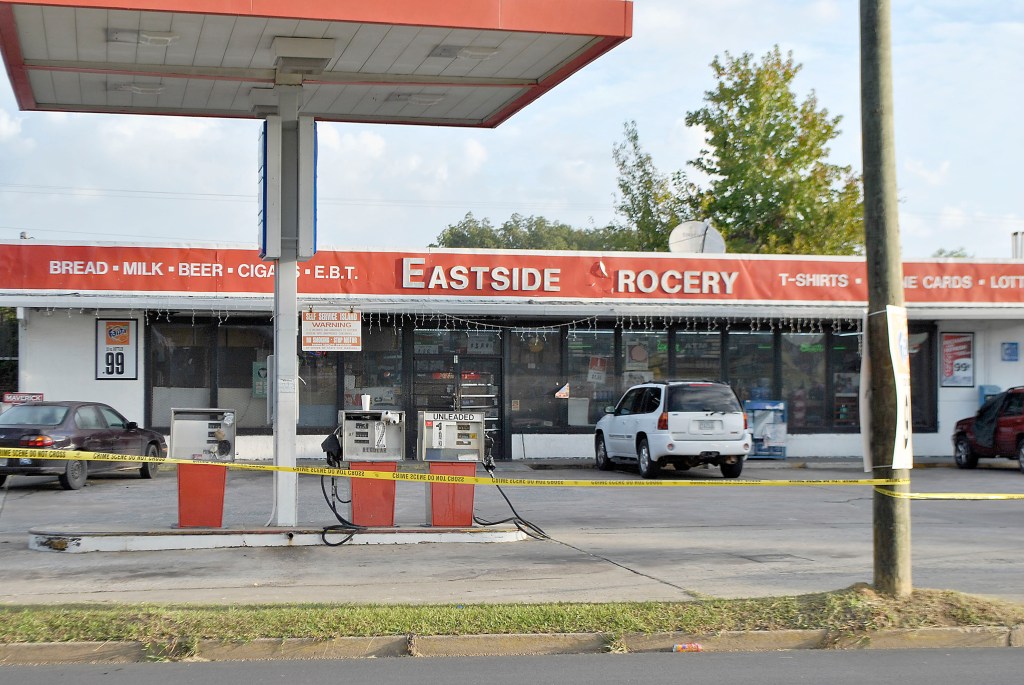 File photo Eastside Grocery fell victim to another armed robbery on Sunday. This time a clerk from the store was fatally shot.

CORDELE — An armed robbery Sunday morning ended in the fatal shooting of a convenience store clerk.
At approximately 1:06 a.m. on Sunday, February 7, police officers were dispatched to the Eastside Grocery located at 601 East 8th Avenue in reference to an armed robbery.
According to reports from the CPD officers arrived on the scene and found that the store’s owner, Safrez Khan had been shot. He was transported by EMS to Crisp Regional Hospital where he later succumbed to his injuries. One of the suspects, later identified as 21-year old Marquerious Carter was also found with a gunshot wound to the leg. He was taken to Crisp Regional Hospital where he was being treated for that injury.
Agents with the Georgia Bureau of Investigation were called in to assist with the investigation. It has not yet been determined how both parties were shot but they have discovered that there was a scuffle during which multiple shots were fired. GBI Agents are interviewing witnesses.
Carter faces charges of felony murder and armed robbery. Since 2014 Eastside Grocery has been targeted at least six times. This was the first of those that there was any injury. It has not been determined if Carter participated in any of those robberies or if he has been involved in other robberies that have seemed to plague the city in the last several months.