Shots fired during I-75 chase 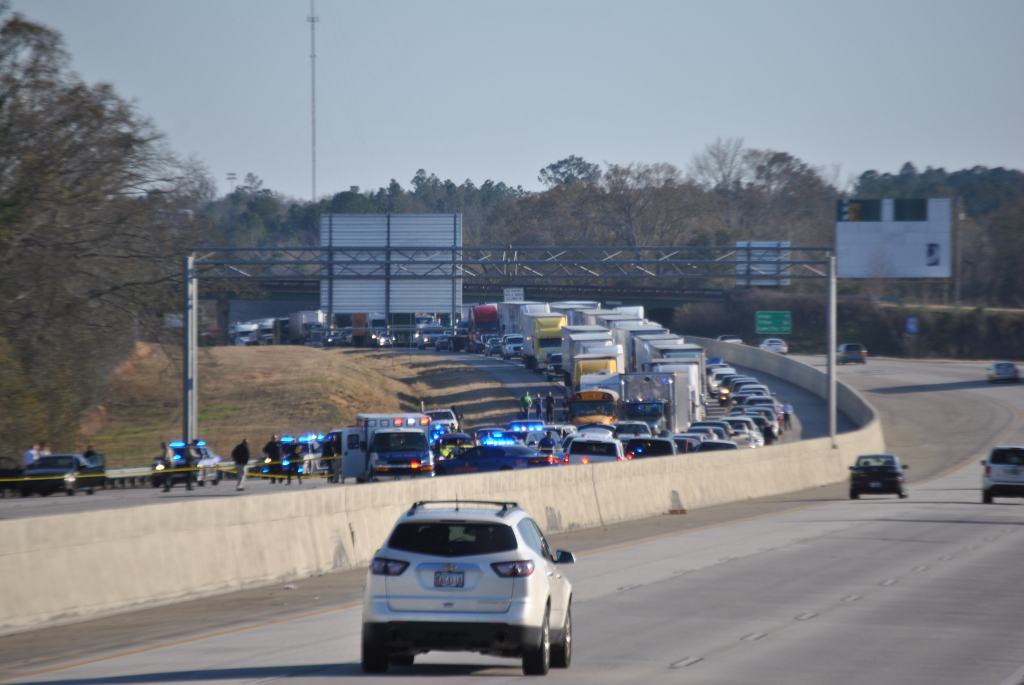 CRISP/TURNER — A high-speed chase where shots were fired from a moving vehicle ended with two law enforcement officers from neighboring Turner County being transported to the hospital. Georgia State Patrol troopers were also involved in the chase.

The vehicle, for reasons unknown, finally stopped around Exit 99 in Crisp County. The male suspect in the vehicle was transported by Crisp EMS to Crisp Regional Hospital with an apparent self-inflicted gunshot wound. The female suspect complained of pain and was also transported. Two law enforcement agents one from the Turner County Sheriff’s Office and one from the Ashburn Police Department were also transported to Crisp Regional Hospital. It was reported that their injuries were non-life threatening. Ashburn Police confirmed one female officer with their department was shot during the chase.

Crisp County Fire and Rescue also responded to the scene. The Georgia Bureau of Investigation is also on the scene. Traffic on I-75 came to a halt as law enforcement are still on the scene.