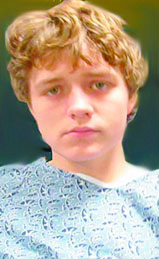 PINEVIEW — Agents with the Georgia Bureau of Investigation have released the name of the second suspect charged with the attempted burglary of a bank in Wilcox County, who was shot by a responding deputy. 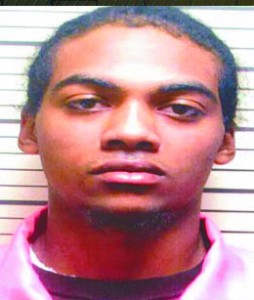 Monday, February 8, the Wilcox County Sheriff’s Office reported the burglar alarm for Planter’s First Bank of Pineview went off at approximately 3:32 a.m. Rookie deputy Justin Campbell, who has only been with the department a few months, responded, who has only been with the department a few months, responded. Upon his arrival he caught the burglars, now identified as 17-year old Steven Tyler Miller and 19-year old Nacarious West, both of Hawkinsville, as they were exiting the bank. When Campbell confronted the suspects Miller looked as though he were reaching for a gun. Campbell fired two shots at the suspect with his shotgun. Miller was airlifted to a Macon hospital. He has since been released from the hospital and has been charged with burglary. West fled the scene, running into a wooded area, dropping a bucket of stolen change. He was apprehended several hours after a citizen call to 911.
Monday, investigator Steve Mauldin of the WCSO, reported the two suspects entered the bank through a window. They broke the teller station window in their search for money and attempted to access the vault with a pipe wrench.
Both of the suspects were from Hawkinsville, Ga.
The suspects were traveling in a borrowed car but the owner is not being charged because he said he had no knowledge of the burglary.