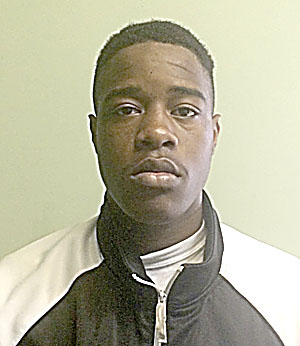 CORDELE — The trial date for one of two defendants charged with a May 2015 murder has been set to begin on Monday, February 22 in Crisp County Superior Court.
Keontay Miller, who was 20 at the time of the crime, will be one of the first cases on the trial docket. He and a second suspect, Conardo Dennard were arrested following the May 14, 2015 shooting death of 39-year old Tellis Fort of Cordele.
On that day at approximately 10 p.m. officers were dispatched to 306 South 12th Street in reference to someone reporting shots had been fired at that residence. Fort was found shot in his yard outside his residence. He was transported to Crisp Regional Hospital where he later succumbed to his injuries. Reports at the time of the crime indicated that Miller and Dennard were in the process of burglarizing Fort’s residence, but Fort returned to the home while the two were still inside.
Later investigators named Miller and Dennard as persons of interest in the investigation. With the public’s help, a tip was received by law enforcement that the pair was located in a hotel in St. Mary’s, Georgia in Camden County. Camden County Drug Task Force Investigators were able to apprehend the two wanted suspects with no incident.
Miller has been charged with Felony Murder, Aggravated Assault, Criminal Attempt to Commit Burglary, and Possession of a Firearm During the Commission of a Crime.
No trial date has been set for Dennard.