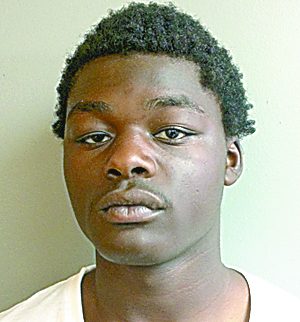 CORDELE — One of two murder defendants plead guilty in Superior Court this week and was handed a life sentence for his crime.
Conardo Dennard, who charged in the 2015 shooting of Tellis Fort, plead guilty to malice murder an possession of a firearm by a convicted felon. He received life in prison for the murder charge and the additional five years for the firearm charge.
District Attorney Denise Fachini was unable to comment on Dennard’s plea or that he will be testifying in the trial of his co-defendant Keontay Miller. That trial is set to being on Monday.
Dennard and Miller were charged with the May 14, 2015 shooting death of 39-year old Tellis Fort of Cordele. The pair were in the process of burglarizing Fort’s South 12th Street home, when he arrived and surprised them. He was found shot outside his home by law enforcement.