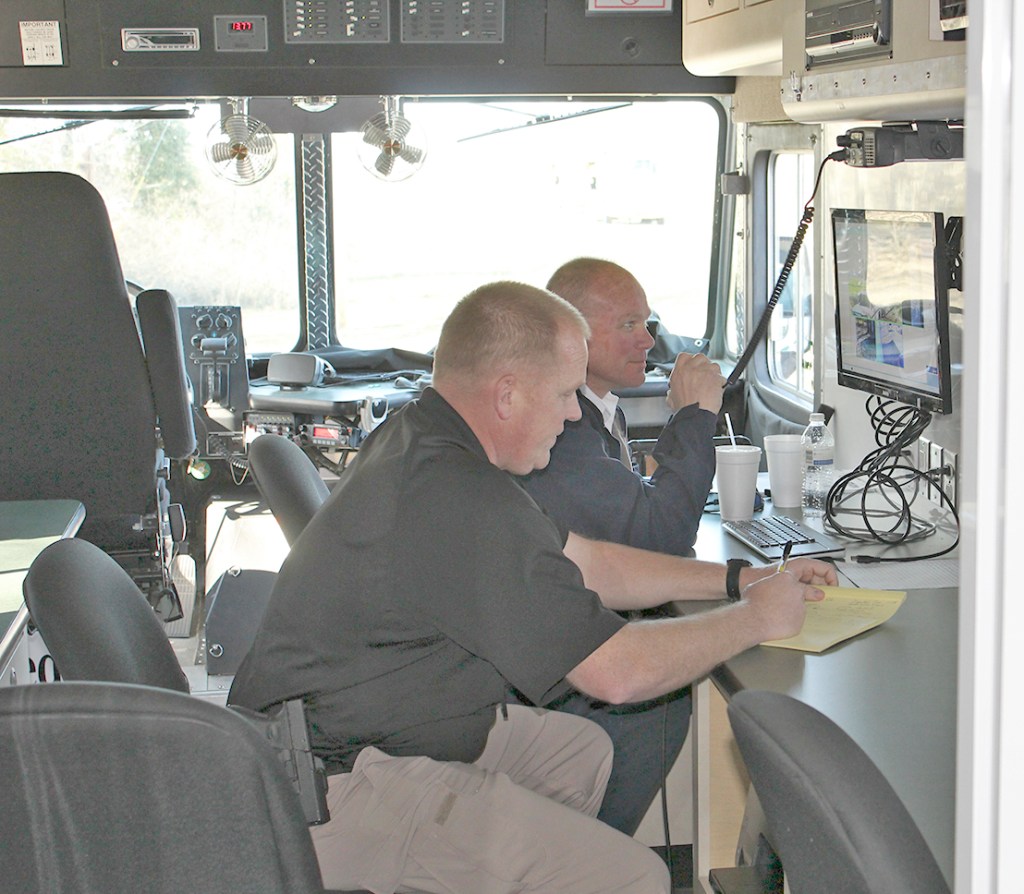 Joe Joe Wright/Cordele Dispatch Sgt. Michael Fraser of the Crisp County Sheriff’s Office and Crisp County Fire Chief Jonathan Windham coordinate with personnel from both departments along with CSX from a Command Center at the scene.

CORDELE — Local first responders and officials with CSX railroad responded to a train derailment Friday morning that kept them busy throughout the day.
According to reports from the Crisp County Sheriff’s Office the call came in at approximately 11:05 Friday morning. It took some time to find the location of the incident which occurred off of Dorough Road between Highway 280 East and McKenzie Road.
Reports indicated that several cars near the end of the train came off of the tracks. It was believed that this was caused by a break in the tracks.
CSX was notified and the Crisp County Sheriff’s Office, Crisp County Fire and Rescue and the Crisp EMS responded to the scene. Some of the cars on that derailed were hauling hazardous materials but there was no overturn of the cars and no spillage of any of the materials. The axles broke loose which caused the train to slide, but not overturn. Extra precautions were taken and roads that passed by the area were blocked to traffic. This was also to make room for CSX to bring in equipment to repair the damage to the train, and get it going and then repair the track.
Sheriff Billy Hancock and CCSO personnel set up the mobile command unit at the scene to assist the railroad.