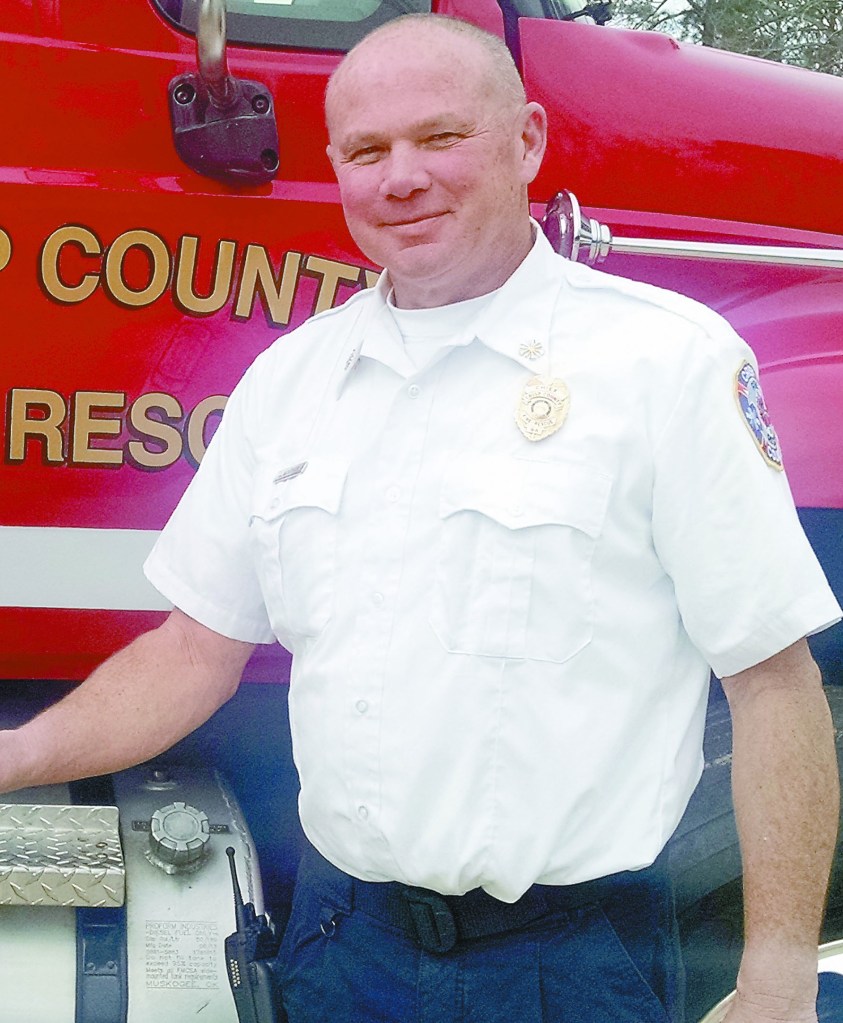 CORDELE — Monday, County Administrator Tom Patton officially appointed Jonathan Windham as the new Chief for Crisp County Fire and Rescue. Windham was named interim back in December following the death of long-time Chief Ray Lunsford.
Windham says he is honored to be named to the position.
“I know I have some really big shoes to fill,” said Windham. “Chief Lunsford was a great man and I learned so much from him. It is my goal to continue to operate this department at the same high standard he always did. We have the fire department family and the community behind us to move into the future. I think Chief Lunsford would be proud of the steps we are taking to enhance our protection of Crisp County.”
Windham, 47, already has 21 years with the department. He came to work with the Crisp County Fire and Rescue in 1995.
In 2007 he was appointed to Captain following the death of Captain Robert Bowen, who Windham said pretty much taught him everything he knows.
Windham is a graduate of Collierville High School in Tennessee. He has a Wildlife Management Degree from Abraham Baldwin Agricultural College. In 2002 he earned his Pre-med/Bio degree from Georgia Southwestern in Americus. He is a licensed EMT and has worked on ambulances for 11 years in addition to being with the Crisp Fire and Rescue. He is married to Caron Windham and the couple has two children; Matthew, 21, and Joshua, 16.