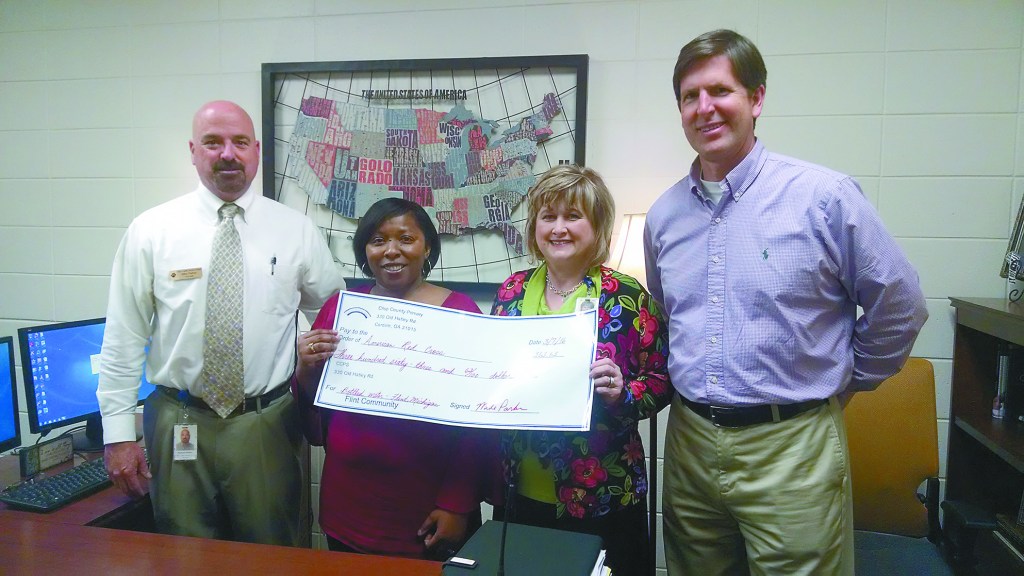 CORDELE — It has been over five months since people in the town of Flint, Michigan have been able to drink water from the taps in their homes. A Kindergarten teacher hundreds of miles away, here in Cordele, found a way to help.
Several months ago the State of Michigan switched the city’s water supply to the Flint River without properly treating the water. The water corroded the pipes, which leaked lead and heavy metal into the drinking water supply.
As found in a news story by CNN it has been reported the water was switched back but the pipes are damaged, nd lead-tainted water, which can stunt childhood development and affect nearly every part of the body, is still coming out of taps in some areas.
“I wanted to do something to help,” said Tanya Ford, a kindergarten teacher at Crisp County Primary School. “I just felt that need to help and the great administration here at Crisp County Primary School jumped on board and said let’s do it.”
The school begin to raise funds to help provide bottled water for the people of Flint Michigan for fresh water to drink and cook in. Mike Parker, principal of CCPS said the students were very receptive to the cause and they understood that kids just like them were affected by this.
The students, faculty, staff and parents worked together accepting donations and selling ice cream at lunch and were able to raise $363.63. The proceeds will be donated to the American Red Cross to purchase bottled water for Flint, Michigan.
“This was Tanya’s project,” said Parker. “It was put on her heart and we just caught her vision.
According to CNN The state of Michigan — which failed to properly treat the Flint River water and then misled the public for months about its safety — has pledged $58 million to Flint. None of that is for the replacement of lead service lines. The governor proposed $25 million for infrastructure in his budget proposal, but that money wouldn’t likely be available until October.