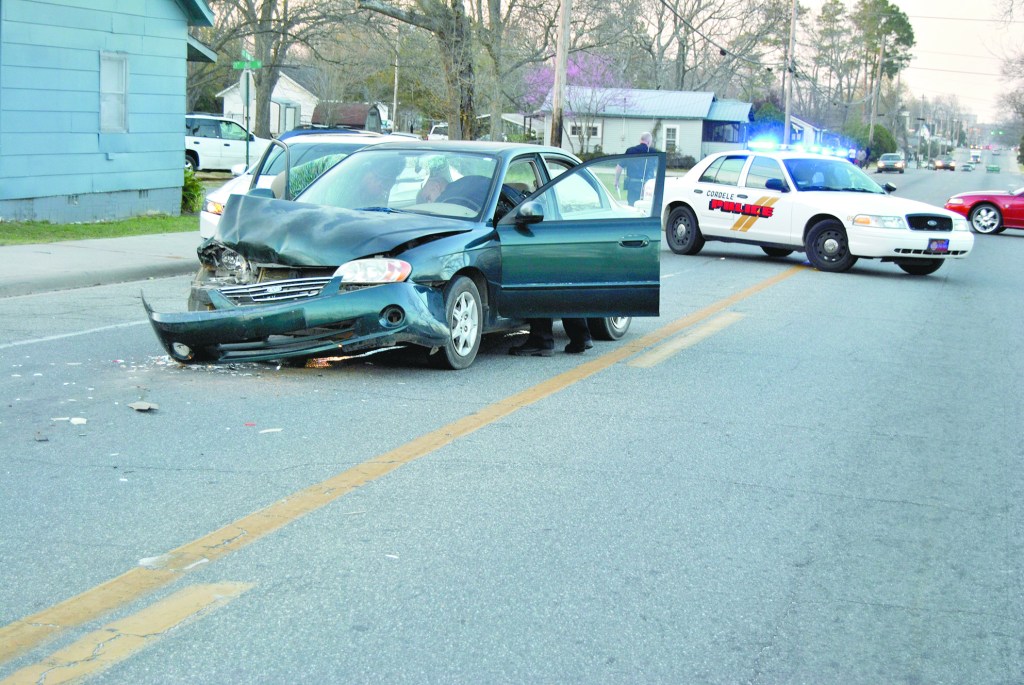 CORDELE — A Vienna man was taken to Crisp Regional Hospital after the car he was driving was rear-ended by another vehicle at around 6 p.m. on Thursday.
Rico Dennard Woodson was traveling North on 11st, driving a green 2002 Kia Spectra. As he began to brake for traffic ahead his car was struck from behind by a black 2013 Chevy Impala driven by Torrence Dwan Johnson of Cordele.
Both drivers were transported by EMS to Crisp Regional Hospital for injuries.