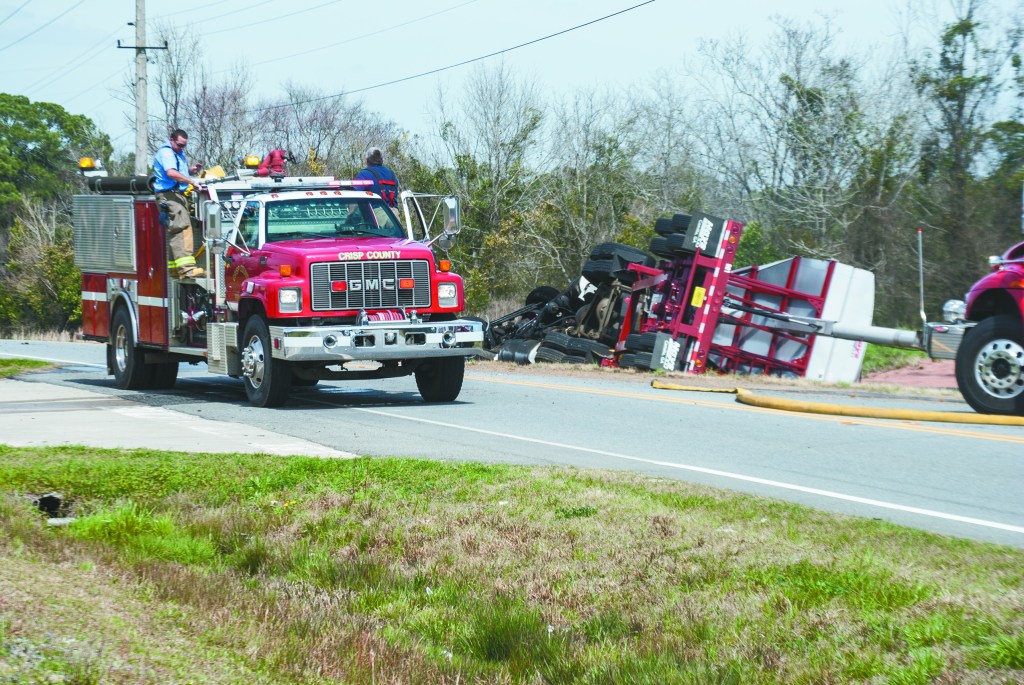 CORDELE — A Vienna truck driver was transported to Crisp Regional Hospital by Crisp County EMS after his truck ran off the road and overturned.
According to a report from Deputy Kris Herrick of the CCSO the incident took place at approximately 12:30 p.m on Friday, An International Truck driven by Freddie Brown of Vienna was hauling fertilizer traveling North on Hwy 257.
Deputy Herrick said witnesses to the accident said Brown was not driving fast. Herrick said they believe that when he came around the curve his tires caught a dip on the side of the road, causing his load to shift and the truck to overturn.
Crisp County Sheriff’s Office, Crisp County Fire and Rescue responded to the scene. Crisp County Power Commission also responded to the scene to check a damage to a pole.
Brown was taken to Crisp Regional Hospital for injuries but none were life threatening.