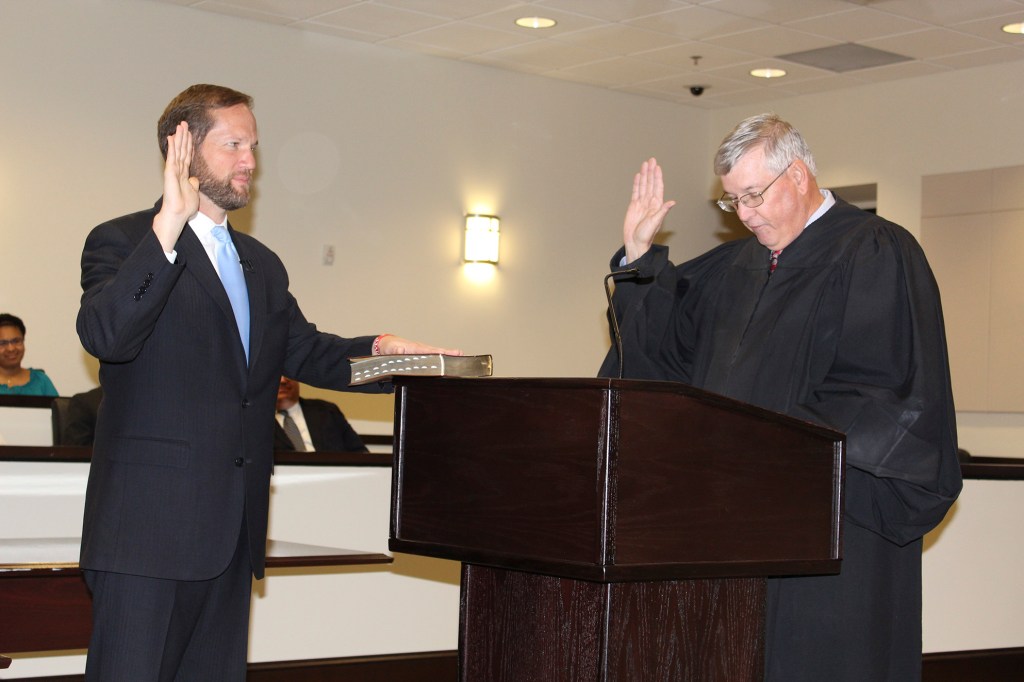 CORDELE — During a ceremony held at the Crisp County Courthouse today, Chief ADA Brad Rigby took his oath at interim District Attorney. He was sworn in by Judge John Pridgen of the Crisp County Superior Court at 1:30 p.m. this afternoon.

District Attorney Denise Fachini announced last week she would be resigning from her position as DA to qualify to run for Superior Court Judge as Pridgen will not be seeking another term.

Rigby has 16 years experience as a prosecutor. He will act as interim until Governor Nathan Deal makes an appointment to the office until the next election.